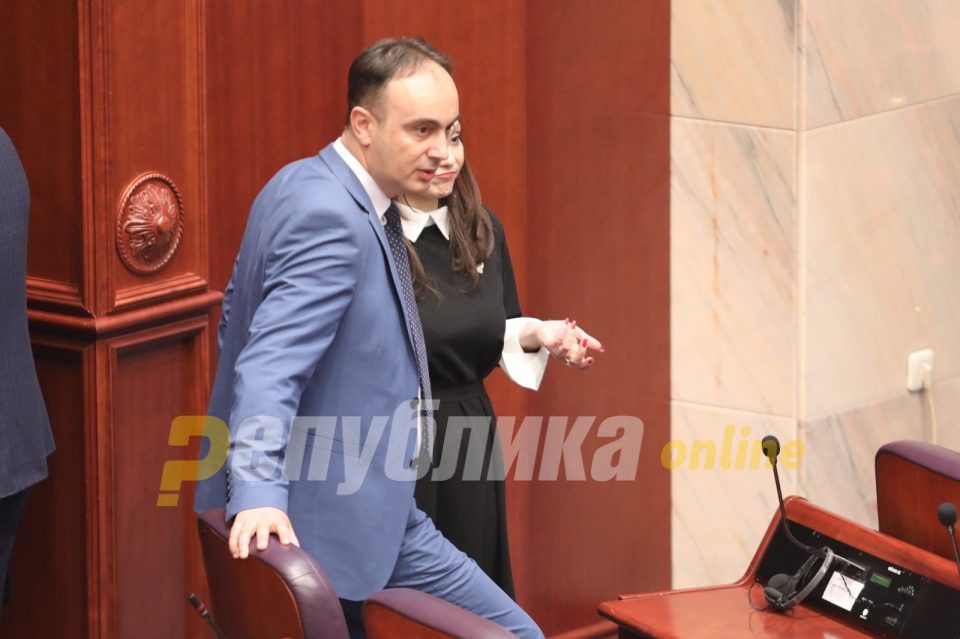 In an interview with MRTV, the interim Ministry of Interior Nake Culev said that while he is in charge of the Ministry of Interior, he intends to visit all eight regional sectors of the Interior, but also other organizational units within the Ministry of Interior with a single purpose, ensuring stability in the security units and the personal security of the citizens. He announced that eight sectors of the Interior would be subject to change, and the changes, he said, were already differentiated with interim Prime Minister Oliver Spasovski, and he expected the new systematization to pass at a government session.

I have the right to only 15 changes in MoI sectors. In consultation with a number of colleagues from the Ministry of Interior, persons with long-term professional experience in the field they will cover are selected, who are professionals and people with honor and integrity. Let me tell you that I will inform you further about the names as final consultations and checks are still underway, said Culev.

Regarding the reforms made in the MoI in the past period, Culev says that the way they were made did not correspond fully with the demands.

Moreover, as regards the Ministry staff, Culev believes that there are many people in the MoI with appropriate vocational education and people with honor and professional integrity and that he will seek to eliminate polarization and partisanship in the MoI at the expense of professionalism.

The interim minister added that investigations hat have not yet been completed would still be carried out and will be processed in the following period to the competent judicial authorities.

Culev, regarding the upcoming elections and if there are any points that need more attention, says that as Ministry they have mapped out the critical points for the election day and before that additional police forces will be deployed in order to prevent violation of citizens’ voting rights.

I also take this opportunity to send a strong message to all those individuals or criminal groups in the country and abroad attached to political sets that no politician will be a guarantee to escape prosecution if any way or by any means try to violate citizens’ voting right or to violate the electoral process, he underlined.

Culev assesses the security situation in the country as stable. Given his previous experience, he said, there is still a risk of illegal migration given the security developments in the Middle East, for which our Parliament has already declared a crisis situation.

Additionally, there is a security risk of returnees and what it means violent extremism and religious radicalism by terrorist structures. I assure the citizens that in this pre-election period and on the election day they should be calm and peaceful as the Ministry of Internal Affairs guarantees their security, the interim minister said.

Culev: Spasovski desperately trying to hide the chaos he left behind