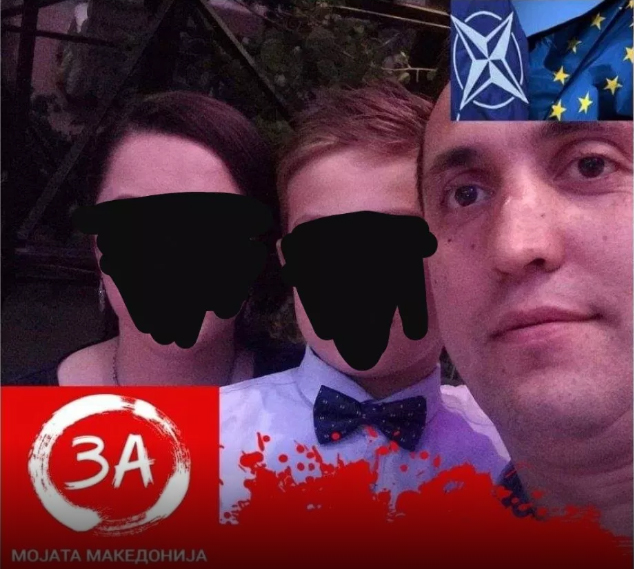 After the attack on Jane Cento, opposition political activist who has been kept in detention for more than a year, Facebook comments from one of the prison guards who attacked him show that the assault has been premeditated.

Cento told the press he has been beaten by a dozen of prison guards and their commanders after a phone was found in his cell. When asked where he got it, Cento disclosed that it is some of those very same guards who are smuggling the phones for profit. This prompted the attack, during which he sustained bruising and showed footprints on his jacket from where the guards stomped him.

News sites published the name of one of the prison commanders, Zarko Milosevic, and comments he made on Facebook threatening that he will assault the opposition activists who the Zoran Zaev led Government put in prison. Milosevic, whose Facebook picture identifies him as an SDSM party supporter by the NATO and EU flags and the call to go out and vote in the September 30th referendum to rename Macedonia, told commentators on the site that will use the “black man in the dark” method against the opposition activists imprisoned in the Sutka detention facility near Skopje. The remark indicates beating up or even sexually assaulting prisoners. 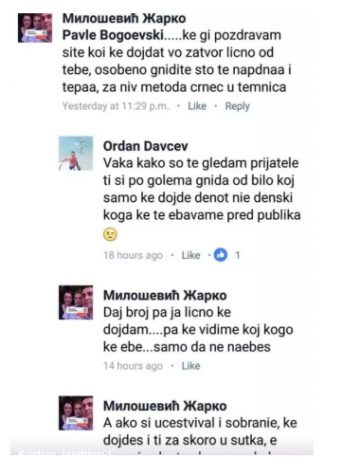 Give me your number and I will personally come to you. You’ll see who will you f… up. If you were in the Parliament you will come to my prison soon, Milosevic threatened a commentator on Facebook.

Jane Cento (first name pronounced Yane) is the grandson of the first Macedonian President Metodija Andonov – Cento, who was also persecuted by the Communist regime after World War Two. Jane Cento is charged with “terrorism” over the April 2017 incident in the Parliament, as part of a large criminal case which was used to blackmail opposition members of Parliament to vote in favor of renaming the country. Cento refused the offer of amnesty and remains in detention.