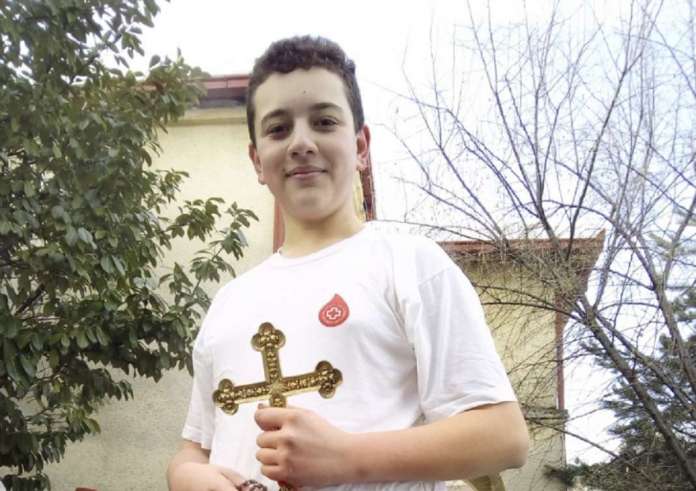 Nine year old Hristijan Jakovlevski from Debar caught the holy cross during today’s Epiphany celebration. He was one of the three young boys who jumped into the St. Petka church pool to retrieve the cross on the day of Christ’s baptism, which is believed will bring him good luck throughout the year.

Many Christians from Debar and the surrounding area came to the event and gave presents to the boy. 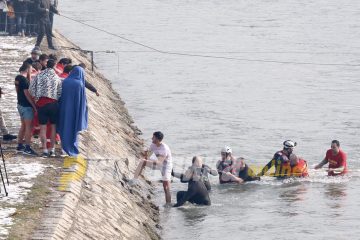 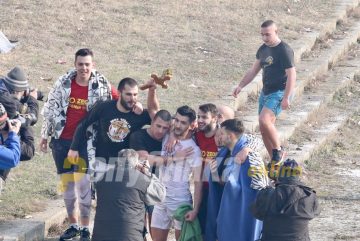 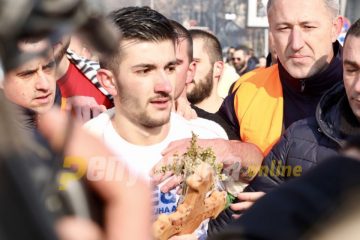 In the capital Skopje, where Archbishop Stefan threw the cross in the Vardar river, another Hristijan was the fastest among some 140 faithful who leapt into the river. Hristijan Ninevski (25) said it’s his sixth attempt to reach the cross. A crowd was present at the banks of the Vardar river, and some of them unfurled a large banner meant for the members of the Government who were in attendance, denouncing their move to rename Macedonia.