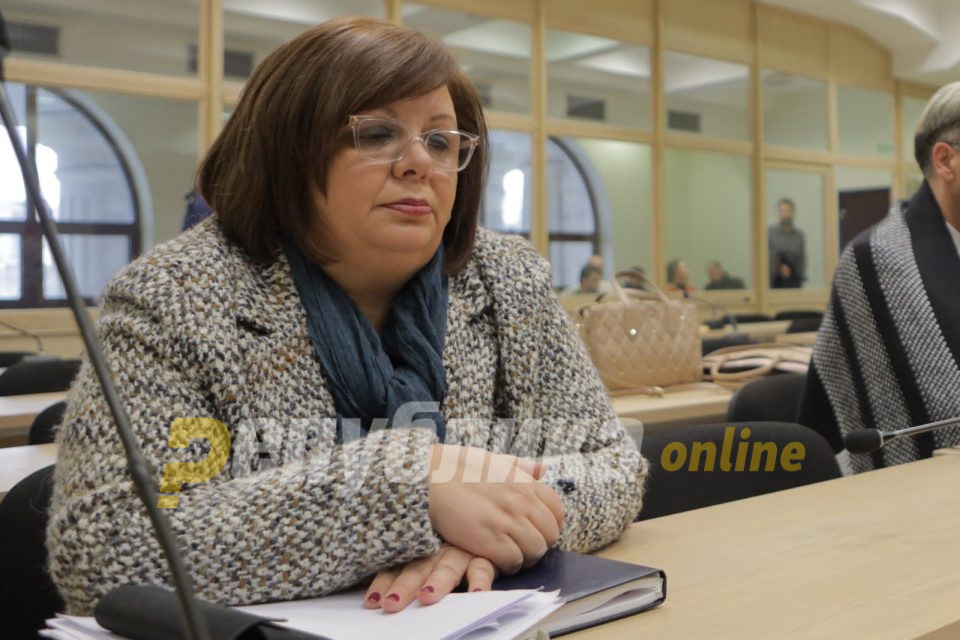 Businessman Jordan Orce Kamcev initiated a civil case against disgraced former Special Prosecutor Katica Janeva, who was sentenced to seven years in prison for extorting 1.5 million EUR from Kamcev. Her accomplice Bojan Jovanovski – Boki 13 is also sued, while the third “bagman”, Zoran Mileski – Zoki Kiceec, is not named in the charges.

Kamcev demands that the two return his 1.5 million EUR. He is also citing the state of Macedonia in the charge, considering that Janeva was using her power, as Special Prosecutor, to go after him and extort money. Janeva initiated money laundering charges against Kamcev, and then demanded cash to sabotage her own case. Janeva is going to be represented by her own son, Lazar Janev, who was allegedly part of the broad extortion network that was operating out of her SPO office.

Kamcev cased tremendous damage to Zaev by revealing the truth about Janeva – a key pillar of his regime. The footage of Boki 13 and Kiceec leaving his home with a bag stuffed with cash, and the audio recording with Janeva, destroyed what little credibility the Macedonian judiciary had. And while the prosecutors who were investigating the Racket case stopped the investigation at the level of Janeva, Boki 13 and Kiceec, it was widely understood that Zaev was involved in the scandal. Kamcev was arrested in March 2021, and kept in harsh detention until recently.