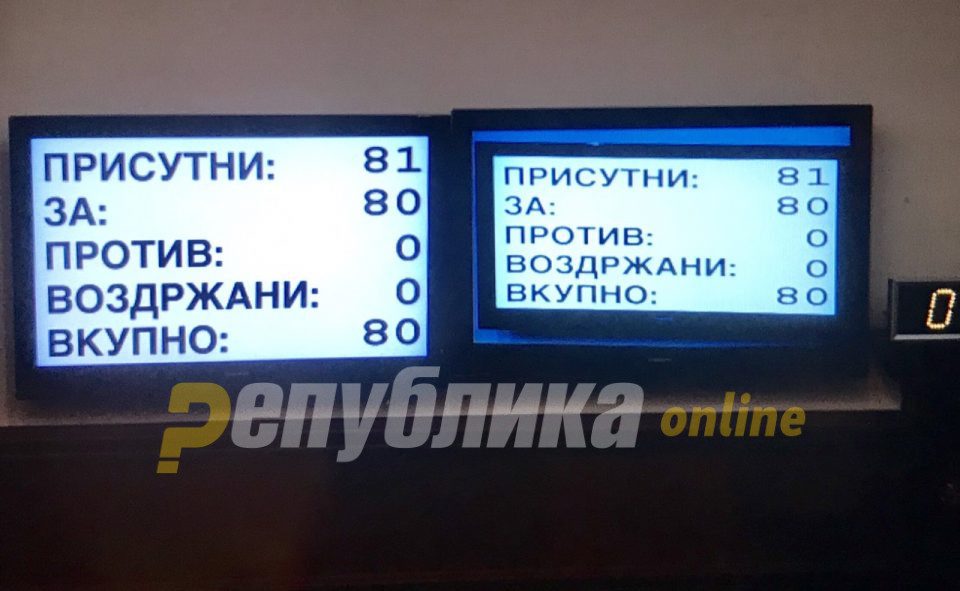 In a series of rapid fire votes the Parliament approved the four constitutional amendments that rename the Republic of Macedonia into the Republic of North Macedonia with 81 votes in favor, just over the required two thirds majority. It was the ultimate goal of the years long international move to remove the VMRO-DPMNE led Government from office and to support a pliable new Government which will change the name of the country.

The amendments were supported by nine representatives elected on the VMRO-DPMNE led ticket, most of whom faced direct or indirect criminal charges, and some of whom had companies close to them receive public contracts ahead of the vote. Eight already supported the opening of the process in October and negotiated amnesty deals for themselves, and today they were joined by a ninth, Panco Minov, after another lucrative contract.

Earlier, Prime Minister Zoran Zaev secured the votes of two members of Parliament from the small Albanian party BESA after a series of additional concessions. One of them additionally reduces the national-founding role of the Macedonian people in the text of the Preamble of the Constitution, and another defines the Macedonian diaspora as the diaspora of the Macedonian and other peoples in Macedonia, listing the Albanians, Turks, Vlachs, Roma, Serbs and Bosniaks.

The original four amendments add the word “North” to nearly every mention of “Macedonia” in the Constitution. Macedonia will be expected to begin using the new name internationally and domestically, and it also gives additional assurances that it will not protect the rights of ethnic Macedonians in Greece – which is a taboo topic for Greek politicians. The amendments also water down the mention of the World War Two assembly of anti-fascist guerrillas which declard the Macedonian state – a move which Greece also finds irredentist – while at the same time elevating the position of ethnic Albanian guerrillas from 2001 who fought a war against Macedonia and secured constitutional amendments as well.

Elizabeta Kanceska Milevska, former Culture Minister who faced corruption charges before aggreing to voet for the name change, said that she doesn’t feel like a traitor. In an unexpected move, Kanceska Milevska and the other former VMRO-DPMNE members of Parliament asked for a constitutional amendment that the new name is used only internationally, but this was rejected by all the other members of Parliament. The splinter group still voted in favor of the amendments as proposed by Zoran Zaev’s Government. 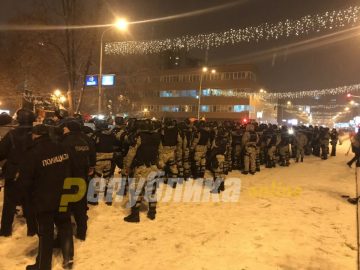 While the vote was going on, a large group of protesters in front of the Parliament was shouting “traitors” at the politicians inside. Strong police forces were securing the building.
Now the ball is in Greece’s court, and the Greek Parliament will likely be asked to ratify the Prespa treaty soon, and also to approve the protocol to allow Macedonia into NATO.

VMRO-DPMNE leader Hristijan Mickoski responded to the move by posting a video outlining all the corruption deals of Zaev and his closest associates, accusing them of accepting to play out their roles and commit treason for money.