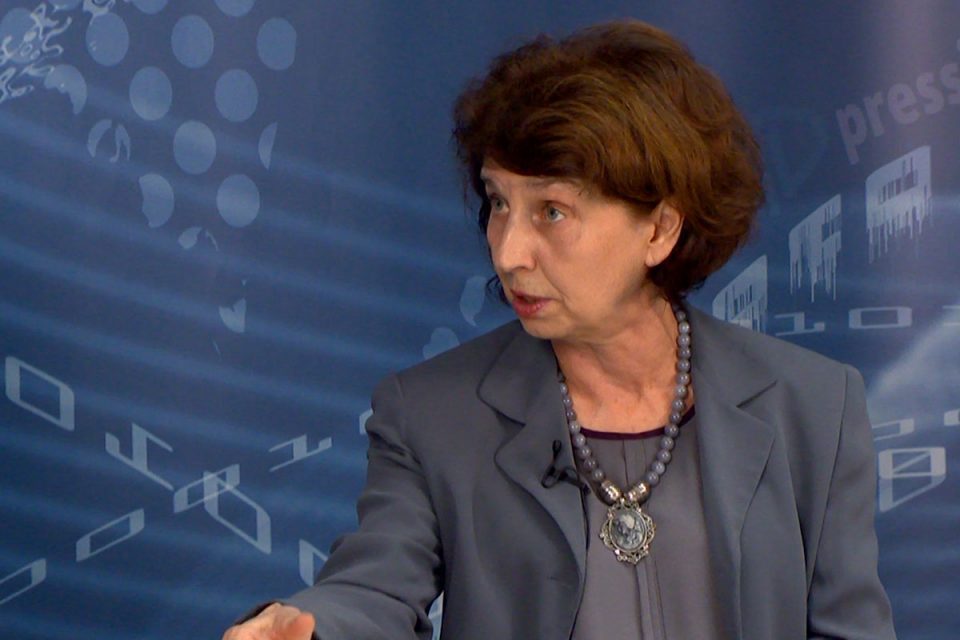 VMRO-DPMNE presidential candidate Gordana Siljanovska says that the evocation of “higher goals” such as EU and NATO membership, can’t be abused any longer to excuse the political persecution being carried out by the Zoran Zaev Government.

Keeping detainees in unsafe prisons, the ping-pong detention orders, giving amnesties to only half of the defendants in cases like the one for April 27th, this can’t be excused any more with our “higher goals”. Every criticism of what is going on before our very eyes is being silenced and disregarded as alleged “defense of the crime of the previous Government”, Siljanovska said.

According to the law professor, judges are being forced to make their decisions not based on the law, but under threat of public lynching and political reprisals.

We need to call this by its real name – political impertinence and rule by terror, Siljanovska adds.

Gruevski: We have more political prisoners now than under occupation in 1941