A message of defiance was shared throughout Monday as numerous commentators on the social media posted a recent version of “Nalej, Nalej” song, the haunting ballad about the Macedonian revolutionary movement.

The most recent version comes from the currently censored “Macedonia” series, which is meant to depict the tumultuous national liberation struggle of the Macedonians. Croatian Jadran Film was hired to produce the series, with popular writer Aleksandar Rusjakov preparing the script, but it was cancelled in 2017, when it was seen as politically inconvenient. 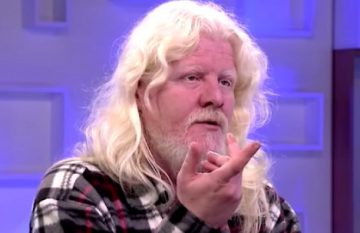 The song and its video, adapted from the still unfinished series, depicts the scene when the Gemidzii/Boatmen of Veles, a group of young revolutionaries, prepare to attack symbolic targets in Solun (Thessalonik) in 1903, in the run-up to the VMRO led Ilinden Uprising. In the song, the Boatmen ask the lady at the inn they are gathered in to pour them another round of wine, while lamenting their soon-to-be trials and deportations through the dungeons of the Ottoman Empire.

The video also portrays one of the boatmen, Pavel Shatev, who took part in the bombing of the French ship Guadalquivir in the Solun harbor, and was imprisoned in Libya before returning to the Balkans after the Young Turk revolution. Shatev was a leading socialist organizer during World War Two and was elected the first Justice Minister of the newly formed Macedonian state in 1944, but because of his Macedonian patriotic positions he was accused of working with the Soviet Union against Yugoslavia and was imprisoned again in 1949, and was denied medical treatment until he died in 1951.

The song was also frequently performed in honor of another Macedonian dissident from Yugoslav times – actor Risto Siskov, who was who was tried in 1980 for speaking out against the Tito regime and died similarly after being denied treatment while in prison.