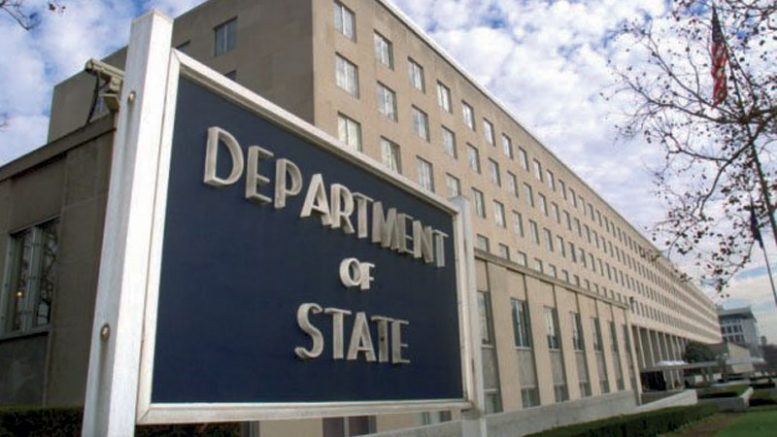 The latest report on human rights practices in North Macedonia released by the U.S. Department of State says the country’s media landscape and the judiciary have somewhat improved, but “there were numerous cases of corruption by high-level officials.”

Citing the European Commission’s April 17 report, the Department of State says a legislative and institutional framework to combat corruption was in place, and a track record on prevention and prosecution of corruption was being established, although final court rulings on high-level corruption cases were limited.

“The capacity of institutions to effectively tackle corruption showed structural and operational deficiencies, and political interference occurred,” the report says.

As of Sept. 28, it adds, the Organized Crime Prosecution Office was investigating “more than 100 former and active officials on misuse of official position and corruption-related charges.”

Next, the report describes the prison conditions in our country as cruel and having serious problems.

“The country’s prisons and detention centers failed to meet international standards, and in some cases, according to the Oct. 2017 Council of Europe’s Committee for the Prevention of Torture report based on a 2016 visit, conditions could be described as amounting to cruel, inhuman, and degrading treatment.

Additionally, the “ombudsman found that correctional authorities’ investigations into allegations of mistreatment and abuse of prisoners were generally ineffective.”

“In the majority of cases, the courts adhered to the law for pretrial detention procedures,” the annual report says. “During the year, the number of court detention orders dropped significantly compared with previous years. In most cases both the Public Prosecutor’s Office and the Special Prosecutor’s Office requested, and the court issued, preventive measures instead of detention orders for suspects and defendants to prevent flight risk of witnesses, evidence tampering, and repeating or committing new crimes.”

The government demonstrated greater respect for judicial independence and impartiality compared to previous years, according to the US State Department.

“Limited judicial independence, politicization of the judicial oversight body, and inadequate funding of the judiciary, however, continued to hamper court operations and effectiveness.”

There was one report of political detainees, according to the State Department: “The opposition party VMRO-DPMNE claimed that the charges brought against 33 defendants, including five members of parliament, in the April 2017 parliamentary violence case were politically motivated and inflated.”

However, “there was no evidence the government denied access to these detainees by human rights or humanitarian organizations,” the report adds.

Citing findings from the EC and Freedom House’s Nations in Transit 2018, the Department of State said that although “climate for media freedom and freedom of expression has improved […], media outlets remained largely polarized along political, ethnic, and linguistic lines and that they are still far from acting independently from political influence.”

During the presentation Wednesday, US Secretary of State Mike Pompeo spoke about human rights violations worldwide, saying China was “in a league of its own” when it came to endangering human rights.

According to Human Rights Watch and Amnesty International responses to the country reports, however, the Trump administration has undermined the State Department’s research by omitting aggregate data on women’s rights.

“In the reports released today, March 13, 2019, the State Department decided to remove analysis of women’s reproductive health and rights, including country-level analysis of maternal mortality and unmet contraceptive needs,” Human Rights Watch writes. “Women’s rights are often undermined at the individual level, but aggregate data, which was previously included in these reports, can reveal terrible trends of discrimination and neglect by the state.”

Amnesty International’s official statement issued in response to the reports says that “also notable is that the State Department has, once again, excluded sexual and reproductive rights from its assessments, wrongfully suggesting that these are not human rights and undercutting the serious violations of those rights. Neglecting to include these rights in this assessment is an affront to women and girls, LGBT people, young people, and human rights defenders everywhere.”