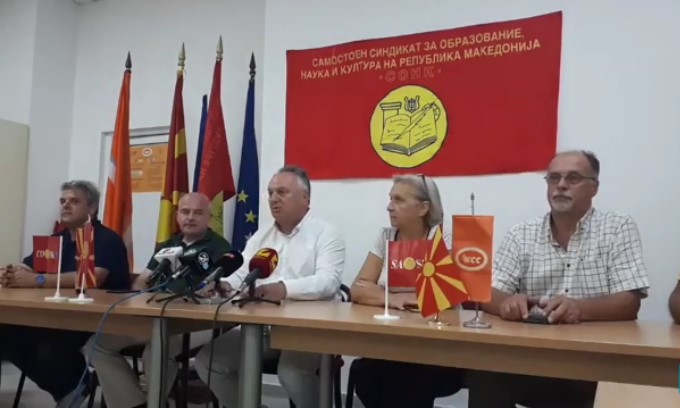 The SONK teachers’ union called on the Education Ministry to drop its plans to roll several classes into one until a broad debate, with all stakeholders, has been held.

The proposal was dropped on the public yesterday, and it caused a major controversy, especially as it provides that history is abolished as a stand-alone class in elementary schools, and rolled into a broader class with elements of geography and civics. The issue is that the Government is under tremendous pressure from Greece and Bulgaria to rewrite the Macedonian history, and abolishing the class could be used to accept their demands more easily.

If we are adding four classes into one, is there a plan what share of the new class will the old individual classes take? How will the teachers divide their work and the evaluation?, said SONK President Jakim Nedelkovski, adding that the union’s main concern is that this proposal is not used as an excuse to cut the workforce.

Government and SONK reach an agreement