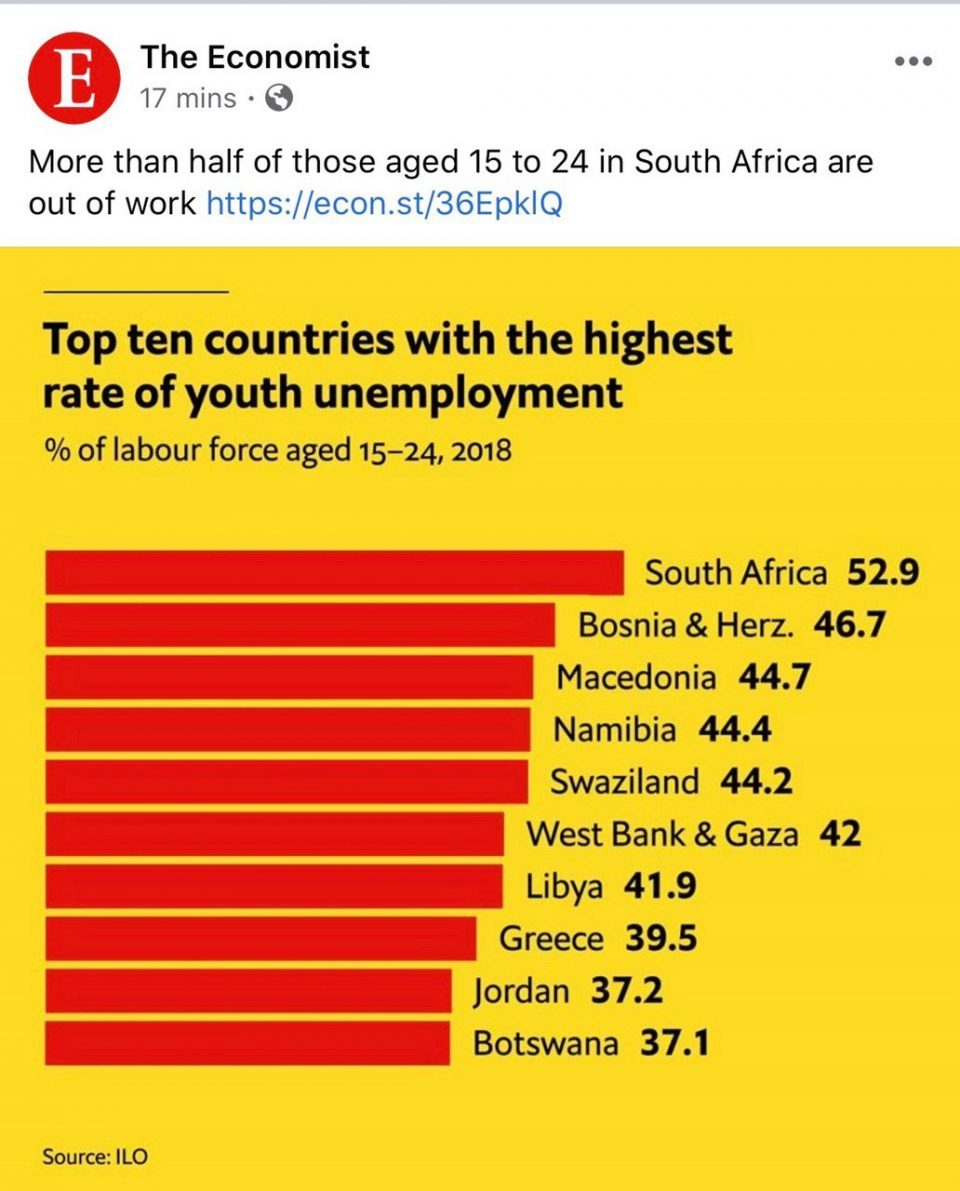 Macedonia was named as the country with the third worst youth unemployment level in the world in the latest Economist World in Figures report.

Only South Africa (52.9) and Bosnia (46.7) have worse youth unemployment levels than Macedonia, where the percentage stands at 44.7. Countries that are better off include Swaziland, the Palestinian territories, Botswana, even war torn Libya is better with a youth unemployment rate of just 41.9 percent.

These results couple with devastating reports from institutions such as the German Friedrich Ebert Stiftung, a social-democratic think tank close to the ruling SDSM party, which found that two thirds of Macedonia’s young want to leave the country and half of them are taking active measures in this regard.