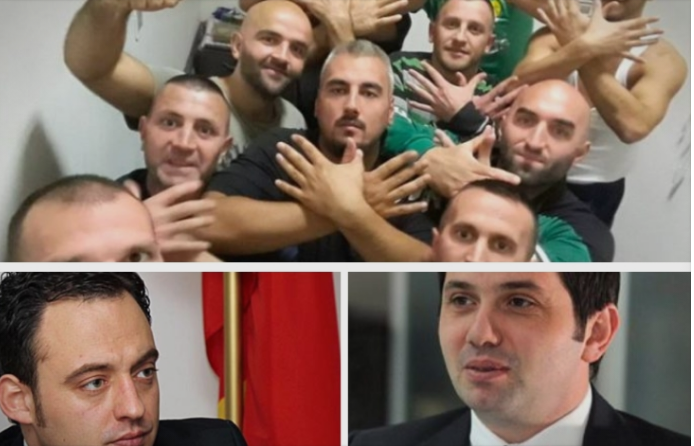 VMRO-DPMNE accused the Zaev Government today of openly collaborating with the members of the Albanian terrorist group which attacked the city of Kumanovo in 2015, using them as tools in its persecution of political opponents. Commanders of the terrorist group, which killed eight Macedonian officers in 2015, were sent out a series of threats aimed against opposition officials over the weekend, indicating that they are the real authority in the Shutka prison, where two imprisoned VMRO-DPMNE officials, Mile Janakieski and Spiro Ristovski, were brutally attacked last week. Meanwhile, the SDSM led Government is attempting to send even more high ranking opposition officials in the same prison, as it tried and temporarily failed to revoke the immunity of former Parliament Speaker Trajko Veljanoski.

The threats from the Kumanovo group keep coming, and the Government of Zoran Zaev, who was promising them amnesty and an international investigation, remains silent. This raises justified concerns that their threats are not sent out by accident and that they are supported by leading Government officials. Political opponents of Zoran Zaev and his crime cartel are being threatened. The attempted lynching of former ministers Spiro Ristovski and Mile Janakieski is only the latest in the series of scandals, VMRO-DPMNE said in a press release which lists other political prisoners who are also in danger like Vladimir Atanasovski and Hristijan Delev.

The SDSM appointed Shutka prison director said he will resign after the beating, but the guards did nothing to prevent the series of threats the terrorists sent out over the weekend, specifically naming VMRO leader Hristijan Mickoski, former leader Nikola Gruevski, former Interior Minister Gordana Jankuloska and others.

The Kosovo Albanian led terrorist group deployed in Kumanovo in early May 2015, just as the political crisis sparked by Zoran Zaev and his SDSM party was culminating. During a police attempt to have them arrested, the well fortified group opened fire and in a two days long battle killed eight Macedonian officers, while ten of their ranks were also killed and some 30 were captured. Zaev visited the site of the battle the next day and made statements supportive of the Albanian nationalist cause, and later included in his ruling coalition Albanian parties who demand leniency for the terrorists.

The persecution of political opponents in the Republic of Macedonia is an embarrassment for a country that pretends to be a democratic state and a member of the European Union. The public understands that Zoran Zaev is panicking over the looming elections and is using every means available to prevent the downfall of his criminal cartel, VMRO-DPMNE adds in its press release.