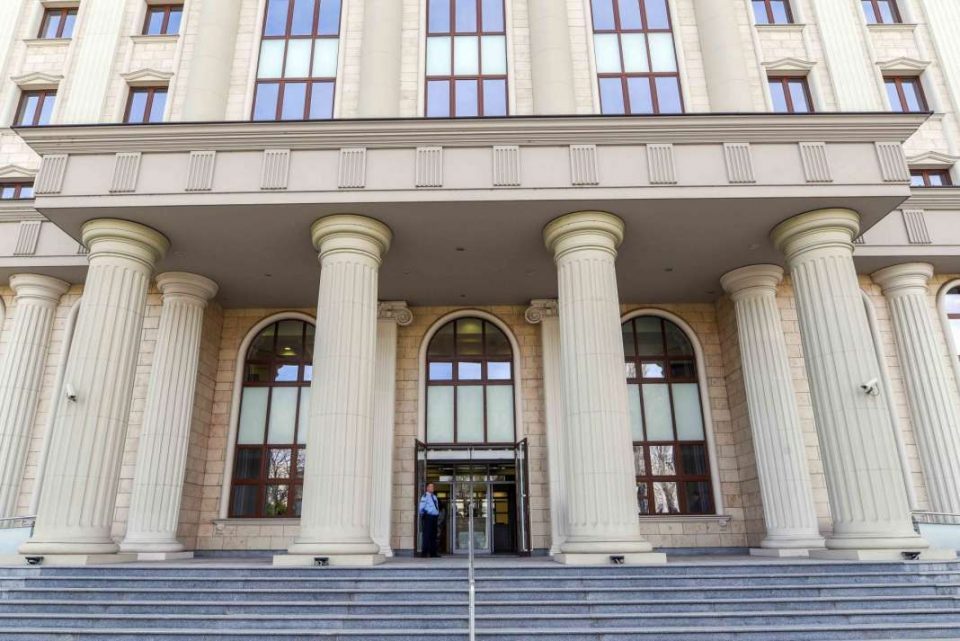 VMRO-DPMNE announced that it expects today’s sentencing in the April 2017 Parliament incident case to be a political process, given the lack of judicial independence.

The arrest of Mitko Cavkov, based on a fake police report and made up charges, two days ahead of the sentencing, is a precedent in the application of law. Detentions and prison harassment of a large number of citizens represents political persecution. Judge Kacarska and prosecutor Ruskoska are representative of the captured judiciary which is abused by the Government to accomplish its political goals, the opposition party said in its press release.

VMRO adds that even the US State Department report noted that the judiciary in Macedonia has limited independence, and sees the report as evidence of on-going political persecution in the country.

The Republic of Macedonia needs a functional judiciary which respects the rule of law, and for that we require a victory of Gordana Siljanovska Davkova at the presidential elections – a victory which will lead to early general elections, the party added.

VMRO: The leaked tape proves that Zaev is behind the Racket scandal

VMRO: Zaev is the main culprit in the Racket scandal