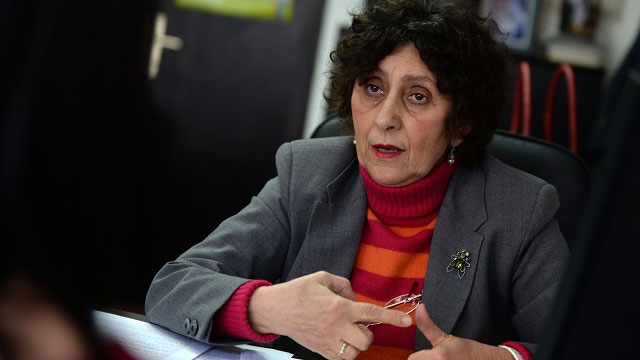 Former judge Margarita Caca Nikolovska, a strong supporter of the ruling SDSM party, complained today that the Special Prosecutor’s Office (SPO) is now “dead”. Caca’s reaction comes after the Supreme Court found that the SPO was in violation of its mandate when it decided to initiate a large number of criminal charges after the summer of 2017, when it was legally bound to stop initiating new cases.

It is expected that this ruling will stop the case against a number of politicians and business people, most notably against businessman Orce Kamcev but also some of the cases against former security service director Saso Mijalkov. The Supreme Court ruled after Mijalkov was reportedly helpful to the SDSM led Government in rounding up votes among blackmailed members of Parliament who were also charged by the SPO or the OJO Public Prosecutor’s Office, in favor of renaming Macedonia. Charges against officials from the ethnic Albanian DUI party, which is seen as “untouchable” because of its key role in providing the votes to prop up Zaev’s Government, are also likely to be dropped due to the ruling by the Supreme Court.

It’s a fact that all the political parties agreed to form the SPO. That is a strong argument in favor of its continued existence. Now it is being minimized, you could even say that the SPO is dead. But, they won’t get away from criminal responsibility. We still have a legal system and the system must find a way to process the criminal charges one way or another, said Caca, who is the latest SDSM supporter and Colored Revolution activist to complain that the promise of “no justice no peace” is being betrayed by the Zaev Government.

Zaev’s majority in Parliament approved an amnesty law for some of the blackmailed opposition members of Parliament who voted to rename Macedonia into North Macedonia, while others expect to be freed from charges in other ways, including by getting the SPO off their cases.
According to Caca, the decision on the SPO mandate should’ve been made by the Constitutional Court or the Parliament, not by the Supreme Court.

If somebody thinks to get certain people free from their charges in this way, it would be disastrous for Macedonia, Caca said, accusing the Government and the courts of eroding the rule of law.