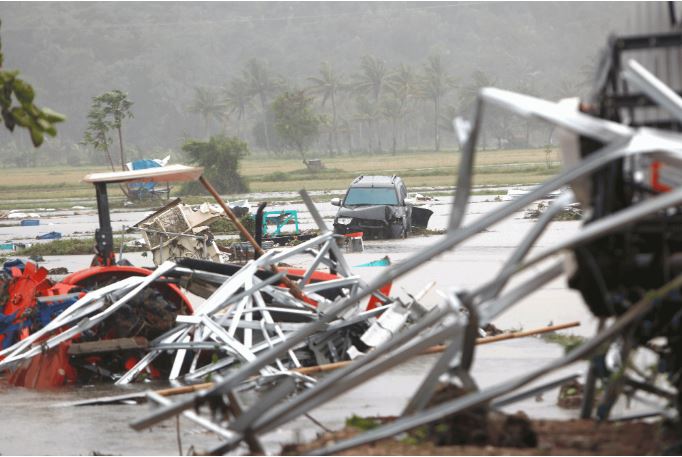 A tsunami hit the Sunda Strait in Indonesia on Saturday night, leaving over 200 dead and many more injured.

At least 222 people have died and around 843 injured by the tsunami, according to the Associated Press (AP).

Hundreds of homes were heavily damaged as the wall of water swept away anything in its path. Hotels and boats also sustained severe damage.

Indonesia’s disaster management agency said that the tsunami may have been caused by an undersea landslide after the eruption of the Krakatoa volcano, according to the AP. The volcano erupted around 24 minutes prior to the tsunami.

“Actually, the tsunami was not really big, only one meter,” Gegar Prasetya, co-founder of the Tsunami Research Center Indonesia, said via the AP. “The problem is people always tend to build everything close to the shoreline.”

The tsunami occurred during the full moon when tide levels were already higher than normal.

Protest to be held in front of government building at 19h, but also in other locations: Ultimatum NO, thank you!