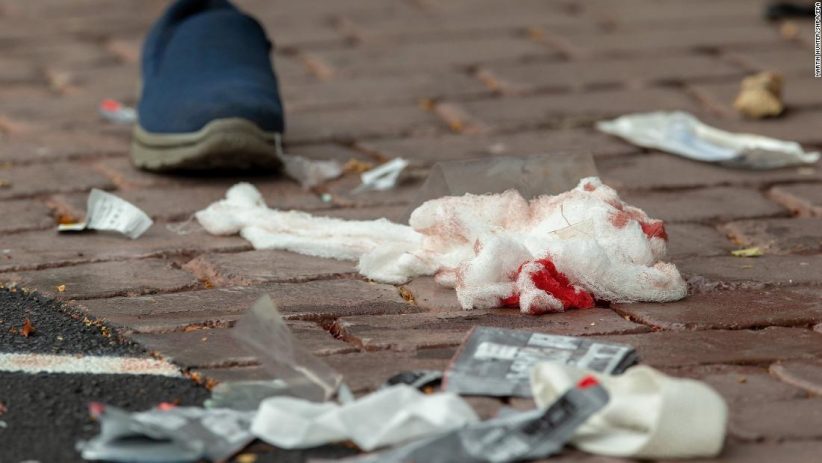 New Zealand suffered the worst terrorist attack in its history when a white nationalist killed at least 49 Muslim worshippers in two mosques in the city of Christchurch.

The 28 year old Australian man live-streamed a portion of the attack on Facebook. He attacked the Al Noor mosque during the Friday prayer, where he killed most of his victims, and then moved to an Islamic center several kilometers away, where he killed several more people. The killer used a rifle, and at one point switched weapons with something that looked like a small machine gun.

An extensive manifesto was posted online shortly before the attack in which the killer, identified as Brenton Tarrant, describes himself as follower of various ideological positions – ethno nationalist, eco fascist, communist and anarchist, but mainly writes about battles between Christianity and Islam. He posted pictures of his weapons and ammunition clips inscribed with names of Christian kings who fought against Islam, referenced battles against the Ottomans in the Balkans, Russia and along the Mediterranean, and was listening to a song praising Serbian warlord Radovan Karadzic while driving toward the mosque he attacked. His writing also referrenced earlier white nationalist murderers such as Anders Breivik, and mentioned US President Donald Trump as well.

It is clear that this can now only be described as a terrorist attack, New Zealand Prime Minister Jacinda Ardern said.

The killer was arrested along with two other men and a woman, who are believed to be his accomplices. Survivors described how he opened fire while the faithful were kneeling in prayer, and how some of them fled through a glass door in the back of the mosque. All mosques in New Zealand had been asked to shut their doors, in case there is a wider plot to commit additional attacks. The Bangladeshi cricket team narrowly avoided the attack, arriving at the mosque for prayers just as the shooting began.

A new leaked audio recording shows Zoran Zaev in a  conversation with a man who uses a slur for ethnic Albanians, to which Zaev responds that “they” are worthless. The man, whose voice is obscured, tells Zaev that the Albanians have sent their invoice, likely meaning a set of concessions...
Macedonia 10.07.20 | 12:58