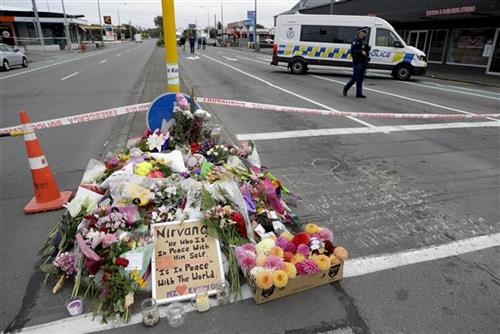 The staggering death toll from the mass shootings at two Christchurch mosques has climbed to 50, New Zealand police confirmed Sunday, as the country continued to grapple with the emotional fallout from the atrocity, CNN reported.

The body of the 50th victim was discovered at the Al Noor mosque, where most victims were killed, when officials were removing the victims’ bodies on Saturday, New Zealand Police Commissioner Mike Bush said, told reporters on Sunday.

The victims’ names were not made public. While a preliminary list of the victims has been shared with families, Bush said their bodies have not yet been released.

The number of wounded also increased to 50, he said. Of those, 34 remain hospitalized in the Christchurch Hospital and 12 are in critical condition, Greg Robertson, the hospital’s chief of surgery, said.

He also noted that a 4-year-old girl who was transferred to the Starship Hospital in Auckland was still in critical condition.

Two days after the shootings, Brenton Harris Tarrant, 28, appears to be the only person in custody that has been linked to the attack.

A large number of Macedonian citizens joined VMRO-DPMNE protest march for justice in this country. And to say NO to Zaev and his false policies. Citizens today demand respect for justice and oppose violations of the Constitution and laws.
Macedonia 25.02.20 | 15:54