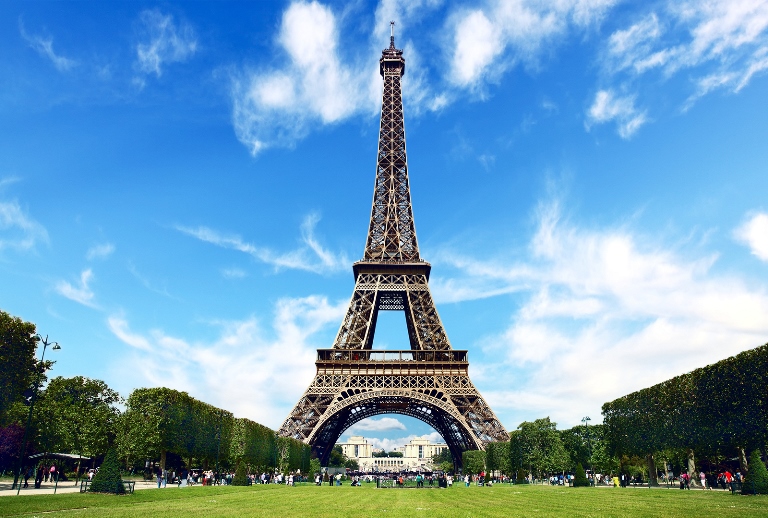 Light snow fell on the French capital on Tuesday, causing some minor travel and transport disruptions and closures of monuments, as well as leading some enthusiasts to go snowboarding and take pictures.

A winter storm began to spread from the Atlantic coast at daybreak on Tuesday, covering Normandy, the Paris region and northern France with up to four centimetres of snow before proceeding eastward to the Ardennes and Burgundy.

Meteorologists with national forecaster Meteo France were predicting more flurries later in the day and overnight, warning some eastern regions to expect 5 to 10 centimetres by Wednesday, and up to 15 centimetres in high areas.

Snow is rare enough in the French capital that residents cannot count on seeing it from one year to the next, but meteorologists assured there was nothing out of the ordinary.

“It’s a classic winter episode,” said François Gourand of Météo France, adding that weather alerts in 24 departments in the north and east of the country imposed to warn drivers that snow “will stay because of the cold”.

The SNCF national railway issued a pre-alert of possible delays for high-speed TGV trains in the north, and Paris commuters were also warned of service disruptions on some metro lines and bus routes. At least one major road was closed to traffic for a few hours.

In the capital, residents and visitors alike moved carefully along slippery sidewalks, although city workers had been salting intersections since Monday.

The Eiffel Tower was closed for much of the day before reopening late afternoon.

“Due to the ongoing snowy weather, I am closed to the public for now,” the emblematic tower tweeted, returning later with the update, “now that my maintenance agents cleared the snow away, I am reopen to the public.”

Snowboarders tackled the steep slopes running alongside the stairs leading up to the Sacre-Coeur Basilica on the hill of Montmartre.

Also in the north of the city, some 180 migrants were invited to emergency shelters, and state services were seeking to allow places for about a thousand more.

Some 2,230 people from Afghanistan, Eritrea, Sudan and elsewhere were thought to be living in the north of the capital last Friday, according to NGO France Terre d’Asile.