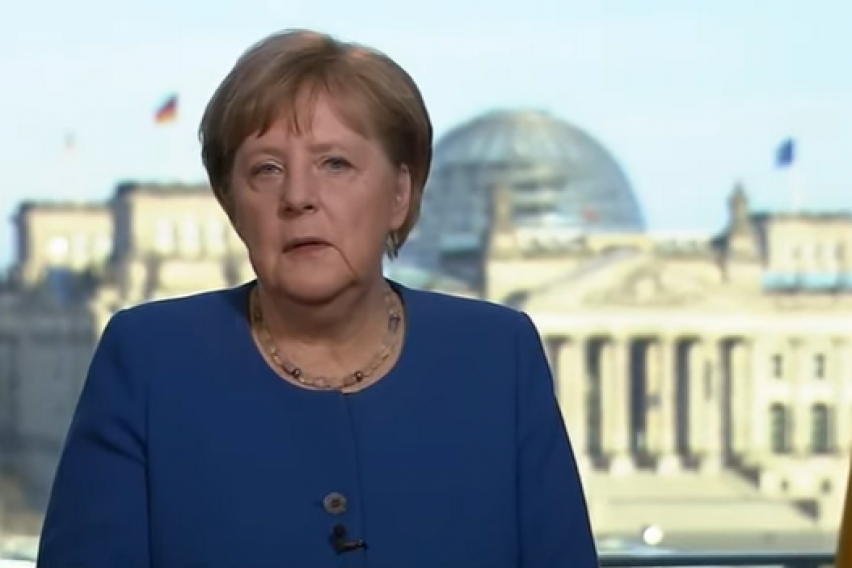 The coronavirus pandemic is the most serious crisis Germany has faced since World War II, Chancellor Angela Merkel is expected to tell the nation in a televised address on Wednesday evening.

The chancellor will issue an urgent appeal to German citizens to follow new drastic limits on freedom of movement, not to hoard provisions, and to show solidarity with society’s most vulnerable to limit the number of victims.

“It is serious. You should take it seriously, too“, Merkel was expected to say in a pre-recorded statement to be aired by the ZDF public broadcaster.

“Not since the Second World War has our country faced a challenge which depends so much on us acting in joint solidarity,” she will add, according to remarks released to the media ahead of time.

“Don’t succumb to panic, but also do not believe for a moment that it is not truly up to you. Everyone counts; this needs our every effort,” the chancellor will say.

“We can accept the current restrictions and help one another.”

Merkel is set to warn that worse is yet to come economically, with everyone from large companies to small businesses, shops, restaurants, and the self-employed already facing difficulties.

“I assure you that the German government will do everything it can to cushion the economic effects, and in particular to maintain jobs,” she will say.

Earlier the country’s top disease control official said Germany could be dealing with 10 million coronavirus infections in the coming months if its citizens do not adhere to measures aimed at slowing its spread.

“We have an exponential development in the epidemic,” Lothar Wieler, president of the Robert Koch Institute, said in Berlin.

He appealed to Germany’s some 83 million people to limit contact with others.

While Germany has not yet ordered the lockdown measures seen in Italy and France, the government earlier this week issued a raft of orders aimed at drastically scaling back public life.

This included the closure of bars, sports clubs, and leisure facilities, while religious gatherings are banned. Almost all schools have been closed.

The Robert Koch Institute, a government agency, said on Wednesday that almost 8,200 cases of infection have now been confirmed, up by over 1,000 compared to the previous day.

According to dpa’s own latest tally using the data from separate states, the number of infections has reached over 10,000, with 28 deaths. Two Germans have also died in Egypt.

Experts in Germany say the virus could infect 60-70 percent of the population, the equivalent of 50 million to 58 million people.

The government measures are not aimed at stopping the outbreak—this is now impossible—but rather at slowing the spread in order to prevent the country’s health facilities from becoming overwhelmed.

Wieler has called for the capacity of intensive care facilities in German hospitals to be doubled to cope with the pandemic.

It is unclear how long the German government’s nationwide restrictions will remain in place and indeed whether Merkel will announce even more draconian measures.

Wieler said it was “realistic” that a vaccine for the virus will be available by early next year.

The outbreak reached Merkel’s Christian Democratic Union (CDU) this week, with Friedrich Merz, a candidate for the party leadership ahead of elections next year, having confirmed on Tuesday that he tested positive for the virus.

He since tweeted that his “flu symptoms have become slightly stronger,” while thanking health workers and his well-wishers.

Meanwhile, Olaf Scholz, Merkel’s deputy and finance minister, tweeted that he would be working from home after waking up with a “heavy cold.” He would take a test for the virus as a precaution, he added.

The German government has warned its citizens against all foreign travel.

Around 21,000 foreigners have been turned away at the country’s borders with Austria, Switzerland, France, Luxembourg, and Denmark since the introduction of strict controls this week, an Interior Ministry spokesperson said.