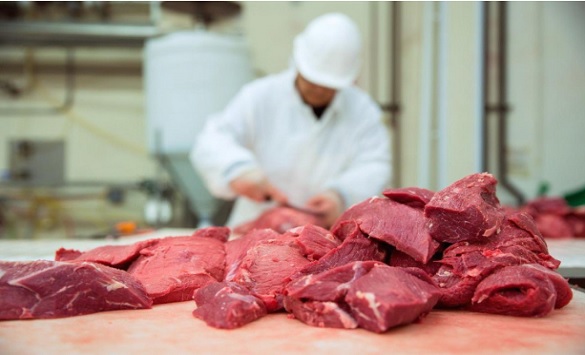 Poland finds itself at the heart of an escalating tainted meat scandal that has spread outside its borders to nearly half of EU countries.

According to the most recent reports, a dozen European countries have imported beef from a Polish slaughterhouse that was accused of handling sick cows. European countries have taken steps to contain the spread, conduct urgent checks of the situation and withdraw the suspect meat from shops and supermarkets. Besides Poland, the known affected countries are France, Germany, Spain, Sweden, Estonia, Finland, Hungary, Lithuania, Portugal, Romania, Slovakia and the Czech Republic.

According to official statements, Sweden and Finland imported respectively 230 kg and 250 km of the tainted beef. Slovak authorities, who summoned the Polish Ambassador over the scandal, said that from 300 to 600 kg of the “sick cow” meat could have reached Slovakia and even been distributed in schools and restaurants. The Czech Agriculture Minister stated on Friday that around 300 kg of the ‘sick cow’ Polish meat was discovered in the Czech Republic, and Lithuania banned around 80 kg of potentially unsafe Polish beef meat from reaching the market. In France, the ministry of Agriculture also said late last week that all 800 kg of the spoiled beef had been identified and taken off shelves.

“Withdrawal and destruction of the meat is ongoing”, the EU Commission stated. After triggering the EU’s Rapid Alert System for Food and Feed (RASFF) on Tuesday to inform other states, Poland has identified 9.5 tonnes of beef from the plant, that has now been closed down, 2.7 tonnes of which were exported.

The scandal first erupted after the release of a covertly-filmed video, shot by investigative reporters from Superwizjer and broadcast by Polish TVN 24, in a plant in Central Poland. The reporters infiltrated the slaughterhouse late last year, and footage shows animals unable to walk being dragged to slaughter and people marking rotten and tainted beef as safe.

Pawel Niemczuk, Poland’s chief veterinary officer, said the abattoir was involved in “illegal activities, as slaughter was carried out deliberately at night, in order to avoid official supervision”. He struck a reassuring tone, claiming the tainted beef had quickly been withdrawn from circulation and that the meat now on sale in Polish supermarkets was completely safe.

But Patryk Szczepaniak, the reporter who went undercover in the abattoir, told The Guardian that this may not have been an isolated incident and that these illegal practices might be much more widespread than authorities suggest. Since his undercover footage was released, “my inbox is full of messages from people who live near slaughterhouses, former employees of slaughterhouses, former law-enforcement and regulatory officials, all claiming that similar things have been happening where they are”, he said. “More is definitely going to come out about this”.

EU food inspectors are due to come to Poland on Monday to monitor Warsaw’s response to the crisis, according to EU Commissioner for Health and Food Safety Vytenis Andriukaitis. He urged Poland to take strong action and prosecute “the perpetrators of such criminal behavior” which results in a “risk to public health” and the portrayal of “unacceptable treatment of animals”. According to EU regulations, all animals have to be inspected by an official vet both before and after slaughter.

Polish authorities have already announced that CCTV will be installed in slaughterhouses and additional health inspectors will be employed as part of a wider initiative the improve the monitoring of the country’s slaughterhouses.

Poland is the 7th biggest producer of beef in the European Union. In 2017, it produced more than 550.000 tonnes of beef and beef products, of which a large majority (around 85% last year) is exported to other countries, mainly in Europe.

The last EU food safety scandal dates back to 2017 after a toxic pesticide product contaminated eggs in Belgium. The Belgian food safety authority had then faced intense criticism for having waited months before informing other countries and EU authorities that some poultry farms had used the product, known as fipronil. Last November, an outbreak of Salmonella in more than a dozen European countries was also linked to Polish eggs.