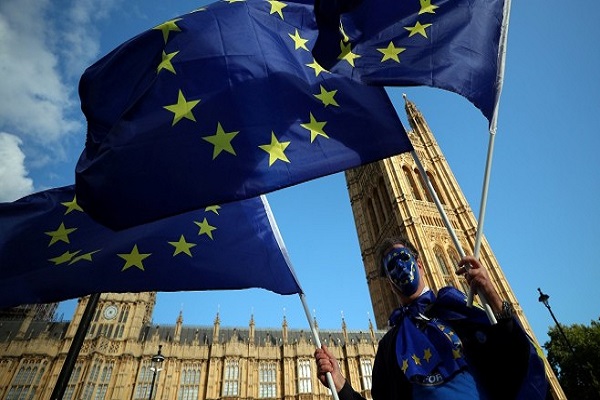 Scotland’s devolved parliament on Wednesday voted to demand the right to hold a referendum on independence and to keep the EU flag flying at its main entrance after Britain leaves the European Union on Friday.

Scotland must have “a choice between accepting Brexit as part of the Westminster [British parliamentary] system or choosing a different future as an independent country,” First Minister Nicola Sturgeon told the Scottish parliament in a debate ahead of the vote.

“Independence is the means by which we can shape our own future and build a better Scotland,” she said.

Scottish National Party leader Sturgeon insists that Scotland, where a majority voted to remain in the EU in the 2016 Brexit referendum, faces being withdrawn from the bloc against its will.

She claims the SNP has an “unarguable” mandate for a referendum after it won 48 of 59 Scottish seats in the British parliament in last month’s snap election.

Speaking in the British parliament in London earlier Wednesday, Conservative Prime Minister Boris Johnson said the SNP should “get on with the day job” of improving education and other public services in Scotland, instead of debating whether or not to fly the EU flag.

Johnson has ruled out any new referendum on Scottish independence, arguing that the issue was settled by a “once in a generation” vote in 2014, when 55 per cent opposed independence.

Opinion polls suggest support for independence has risen since then.