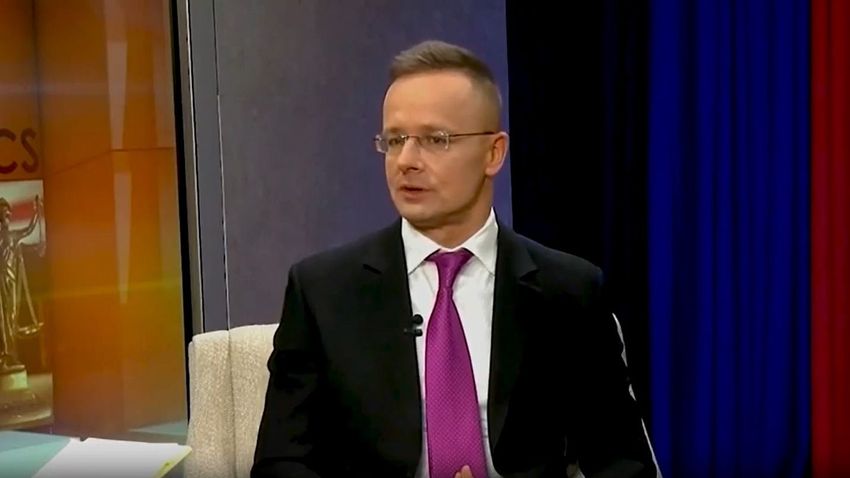 Speaking at a press conference on Friday after a meeting in Budapest with Turkish Minister of National Education Mahmut Ozer, he called Brussels’ actions unacceptable and groundless.

Commenting on the latest claims from the European Commission, Szijjarto said that European officials are beginning to show “new symptoms of Hungarophobia.”

He said attempts to deprive students in Hungary of Erasmus scholarships, named after the Dutch humanist philosopher Erasmus of Rotterdam (1466-1536), “are outrageous and unacceptable.”

“I think this is a gross display of double standards,” the minister said.

He stressed that the EC requirements to exclude civil servants and politicians from the leadership of Hungarian universities are unfounded.

“There are people with government positions on the supervisory boards of Western European universities, and in Hungary this is presented as a problem,” Szijjarto said, adding that the country’s government has complied with all the instructions of the European Commission regarding the prevention of conflicts of interest in the civil service.

“We will not allow Hungarian students to become victims of any of Brussels’ decisions, so unless this strange situation can be cleared up, we will pay their scholarships from our budget,” the Foreign Minister said.

The Hungarian government claims that it has not yet received official notifications from the European Commission regarding the Erasmus program and all information on this subject so far is only circulating in the media. To resolve the situation, Hungarian minister without portfolio Tibor Navracsics, who oversees the use of EU funds, will hold consultations in Brussels next week. If an agreement fails to materialize, then, as the head of the Hungarian Prime Minister’s office, Gergely Gulyas, warned on Thursday, the country’s government will be ready to appeal to the EU court.

Szijjártó: Europe will have new strategic problems if it does not integrate the Western Balkan countries

Szijjártó: Others also pay in rubles for Russian gas, but they are silent about it