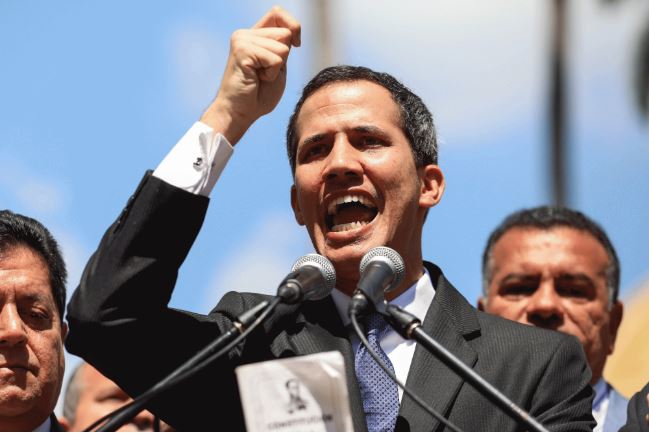 Venezuelan opposition leader Juan Guaido declared himself interim president on Wednesday, while hundreds of thousands of Venezuelans poured onto the streets to demand an end to the socialist government of President Nicolas Maduro, Reuters reports.

The opposition has been energized by young congress chief Guaido, who has led a campaign to declare Maduro a usurper and has promised a transition to a new government in a nation suffering a hyperinflationary economic collapse.

Guaido, in a speech before a cheering crowd, took an oath swearing himself in as interim president.

“I swear to assume all the powers of the presidency to secure an end of the usurpation,” he said.

He has said he would be willing to replace Maduro with the support of the military and to call free elections.

The Trump administration told U.S. energy companies it could impose sanctions on Venezuelan oil as soon as this week if the political situation worsens, according to sources.

Maduro was inaugurated on Jan. 10 to another term in office following a widely boycotted election last year that many foreign governments described as a fraudulent. His government accuses Guaido of staging a coup and has threatened him with jail.