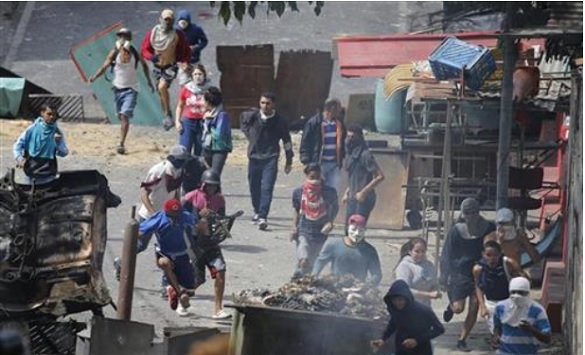 Figthing broke out near the La Carlota air base in Venezuela where rival Venezuelan security forces as Juan Guaido calls on the military to join him in his attempt to oust Nicolas Maduro from the presidency.

So far there are few reports about casualties, and the fighting appears not to be widely spread. Loyalties of the military commanders are uncertain by now.

Guaido gave an address near the air base joined by uniformed men saying that the time has come for the final phase of the toppling of Maduro. He was also joined by former opposition leader Leopoldo Lopez, who was released from house arrest.

Guaido enjoys the support of much of the Western world and most regional neighbors, while Maduro is trusting in the military support offered by Russia and Cuba. Maduro called on the nation to mobilize against the attempted coup.

Large protests by both sides are expected tomorrow, on May Day.