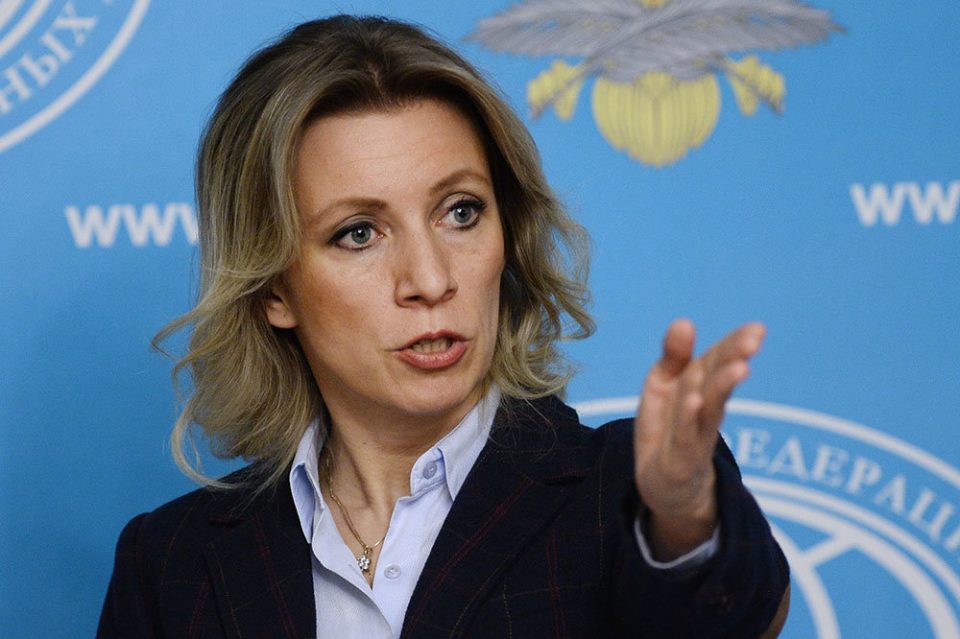 The United States must apologize for bombing the former Yugoslavia back in 1999 and pay compensation to the relatives of those killed and injured in the US-backed NATO air raids, Russian Foreign Ministry Spokeswoman Maria Zakharova said on Sunday, TASS reported.

And for a start, the United States should apologize to those it bombed, pay out compensation to those killed and wounded and to those whose health was damaged because of shells loaded with depleted uranium. And only when this is done, when the proper groundwork has been laid, can it call on others to move forward, she wrote on her Facebook account, commenting on the statement by outgoing US Ambassador to Serbia, Kyle Scott, who said that the Serbs should look at NATO’s bombings in 1999 from a “broader perspective.”

On March 24, 1999, NATO began a military operation against the Federal Republic of Yugoslavia. NATO leadership claimed that prevention of genocide of the Albanian population in Kosovo was the main reason behind the operation called Allied Force. NATO said that during the 78-day operation its aircraft flew 38,000 sorties to carry out 10,000 bombing strikes.

Military experts have found that the alliance launched 3,000 cruise missiles and dropped 80,000 bombs, including cluster bombs and low-enriched uranium bombs. According to Serbian forces, the bombardments killed 3,500-4,000 and injured 10,000 others, two thirds of them civilians.

According to Serbian experts, NATO dropped 15 tonnes of depleted uranium over the three months of bombings to make the country Europe’s number one in terms of cancer cases. About 30,000 new cancer cases were registered in the first ten years after the bombings, with the lethality rate from 10,000 to 18,000 patients.

According to Ljubisa Rakic, a Serbian scientist and a member of the Serbian, Russian, New York, Eurasian, European and other academies, the amount of low-enriched uranium dropped by NATO on the Balkans was enough to make 170 A-bombs like the one that was dropped by the United States on Japan’s Hiroshima on August 6, 1945.