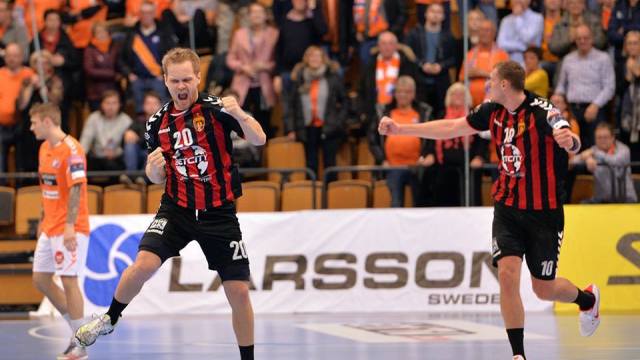 The Vardar handball team defeated Swedish Kristianstad 32:30 in an away game which ensures that Vardar will be at least 3rd in the Group A of the EHF Champions League.

The hosts held the lead for most of the first half, and the halftime score had them up by 1 goal – 17:16. But Vardar did significantly better in the second half, took the lead and never let go. At times Vardar led by as much as four goals, and ultimately settled for a two goal win.

Kristopans was the best scorer for the Macedonian team with eight goals, and was also the most wanted player of the game. Shishkarev added five goals to the win, and Khalifa had six saves.