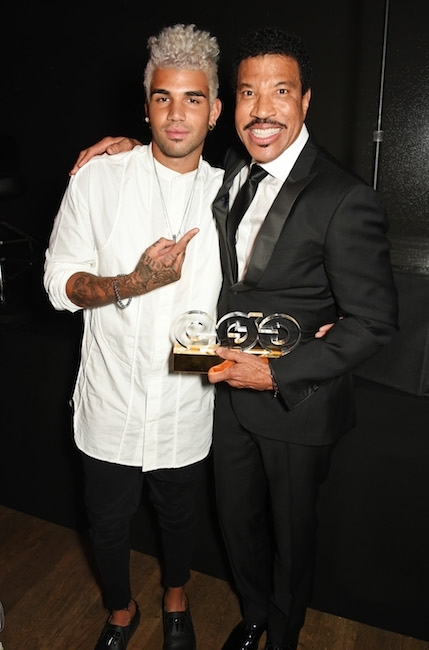 Miles Richie and Lionel Richie attend the GQ Men Of The Year Awards after party at The Royal Opera House on September 8, 2015 in London, England. David M. Benett/Dave Benett/Getty Images

Lionel Richie’s son, Miles Brockman Richie, was detained by police at London’s Heathrow Airport after allegedly getting into an altercation with officials and claiming he was in possession of a bomb.

TMZ reports that the model was annoyed after he wasn’t allowed onto a flight. According to the website, he became angry and allegedly claimed he had a bomb in his bag, which he was going to detonate if he wasn’t able to board the plane.

When security arrived, he reportedly punched one of the guards.

“On Saturday, January 19, a 24-year-old man accepted a caution for communicating false information causing a bomb hoax and battery following an incident at Heathrow Terminal 5 earlier that morning,” a Metropolitan Police spokesperson told MailOnline but refused to confirm the name of the person detained.

According to TMZ, Miles was issued with a caution and released. A caution is a formal warning given to someone who has admitted they are guilty of a minor crime and forms part of the person’s criminal record, according to askthepolice.co.uk Opens a New Window.

Lionel Richie has not released a statement about his son’s police encounter.