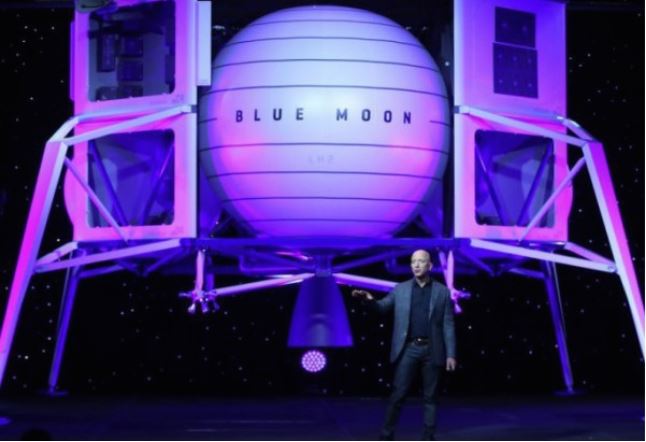 “This is an incredible vehicle, and it’s going to the Moon,” Bezos said after unveiling the mock-up at the Washington, DC Convention Center on Thursday, technology portal The Verge reported.

Members of the press and space industry were in attendance to watch the reveal. The event opened with a video from the original Apollo 11 mission, which landed the first astronauts on the surface of the Moon. “If that does not inspire you, you are at the wrong event,” Bezos said.

Bezos said Blue Origin has been working on the design for the lander for the last three years.

The lander will be capable of autonomously navigating in space and can carry up to four large rovers simultaneously, The Verge quoted Bezos as saying.

“Today, our founder shared our vision to go to space to benefit Earth,” the Blue Origin firm tweeted. “We must return to the Moon — this time to stay. We’re ready to support @NASA in getting there by 2024 with #bluemoon.”

Bezos himself tweeted: “Blue Origin is building the infrastructure needed to unleash the next generation of dreamers. I met these young people today, and the future is in great hands.”