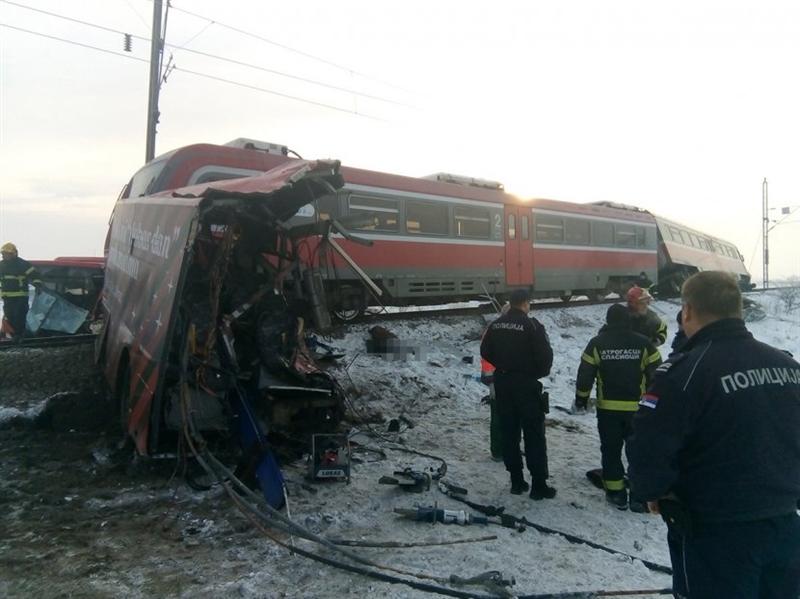 At least five people died early on Friday, while 30 were injured when a train collided with a bus on a railroad crossing in Donje Mudjurovo, near Nis, in southern Serbia, Tanjug reports.

Two of those who have been injured are in a serious condition, Prva TV reported.

The cause of the accident, that happened at around 07:30 hours CET, is unknown at this time.

Ambulances, police, and firefighters were at the scene. Daily Blic is reporting that the scene was “horrendous, with the bus cut in half.”

The train, traveling on the Nis-Prokuplje line, partially derailed during the collision.