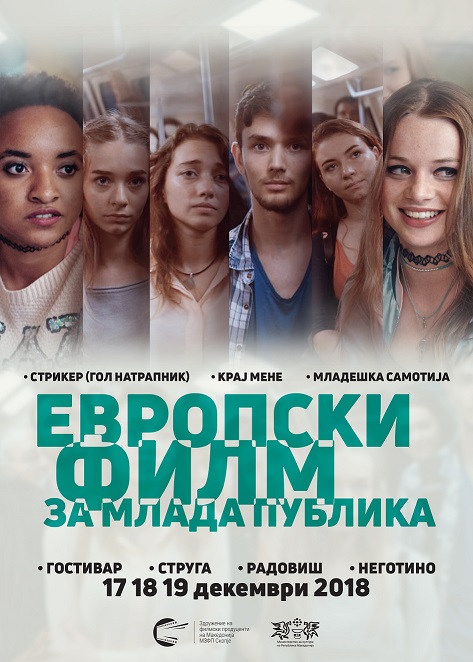 The citizens of Negotino, Gostivar, Radovis and Struga will be able to watch the following films:

Through this project, we want to present to young audiences films that are different from Hollywood, and to show them the cultural values of the European countries, but also to bring European cinematography closer to them.

The project is supported by the Ministry of Culture within the “Young Europeans” event.