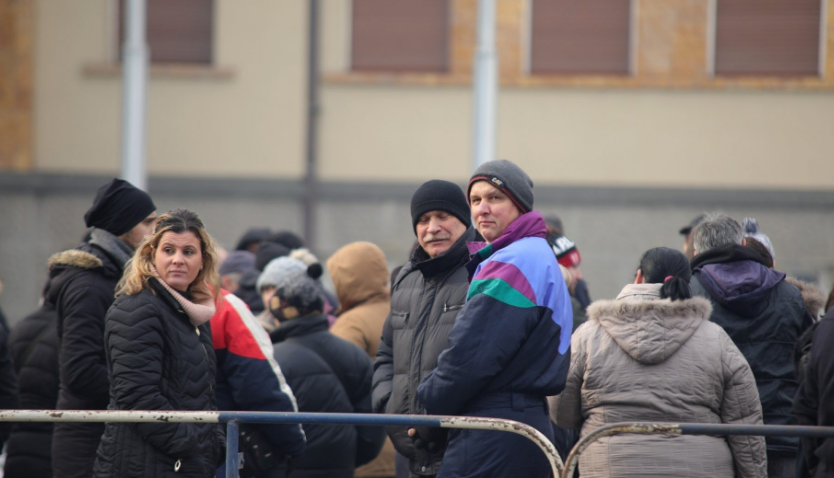 We will vote for Mickoski, said shopkeepers who protested in front of the Parliament today, after the Zoran Zaev led Government introduced new fees for simply selling fruit and vegetables at the farmers markets. Protesters called on Zaev to “come to his senses” or expect them to support the opposition VMRO-DPMNE party en masse.

Down with the Government, you are fleecing the people, chanted the protesters, angry that on top of their taxes, they now have to pay a fee of 20.000 denars to rent a booth at a farmers market.

The fee comes on top of the ban on renting the booths to retirees and people who receive income from some other source. Retired farmers and underemployed people are some of the most numerous proprietors at the farmers markets and the new law was criticized by the Chamber of Commerce for imposing unnecessary regulation on some of the poorest citizens. Besides fresh food, these markets often are used to sell trinkets for a small profit.

I’ve been working at the market for 40 years and I’ve never seen anything like this. I freeze myself all day long to provide for my five member family. We earn our bread honestly, and they should leave us alone, said one of the protesters.

The Green Market, one of the largest in Skopje, was closed today due to the strike.

Farmers will block construction of the Stip – Kocani expressway