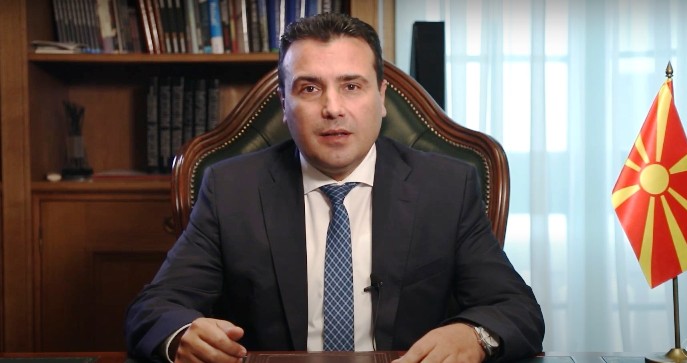 Prime Minister Zoran Zaev warned the country to be prepared for a bad outcome as Bulgaria threatens to block the opening of EU accession talks. Zaev sent his Foreign Minister Bujar Osmani to Sofia for a meeting with his counterpart Ekaterina Zaharieva that was crashed by Bulgarian Prime Minister Boyko Borisov who delivered a three minute on camera tirade to Osmani.

Zaev today said that the part of the meeting with Borisov went well with regard to the Bulgarian positions, but that the meeting with Zaharieva was not good. Bulgaria wants significant concessions from Macedonia on historic and national identity issues before it will agree to allow the opening of EU accession talks – which Macedonia hoped would finally happen by the end of the year.

Bulgarian authorities have counted on Zaev to deliver on a number of issues, including declaring Goce Delcev and other Macedonian heroes as ethnic Bulgarians, and to agree to wording that would undermine the uniqueness of the Macedonian nation and language. But new issues keep arising. Bulgaria sent out a stern memorandum to the EU in which it outlines its positions on the Macedonian nation and language, only to receive an admonition from the European Parliament for its failures in the rule of law. The resolution prepared by the Parliament includes numerous examples of verdicts by international courts which Bulgaria has not respected, and several of them relate to Bulgarian refusal to officially register Macedonian organizations. This, to Bulgaria, is an unacceptable request to acknowledge the existence of a Macedonian minority, which caused an angry reaction from Borisov.

EU criticism of Bulgaria reopens the issue of its Macedonian minority