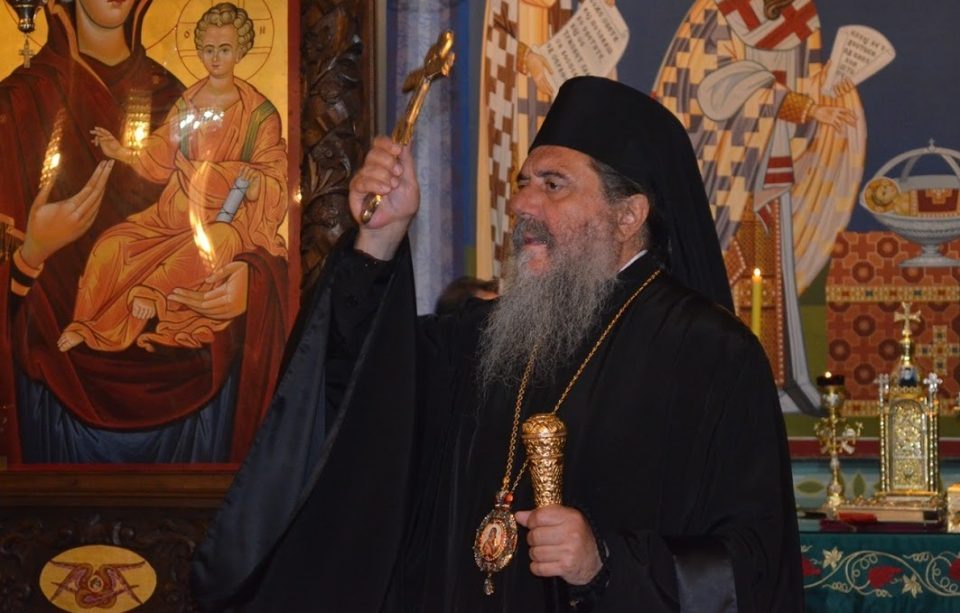 Bishop Agatangel of Veles called on the members of Parliament to vote against the proposal to rename Macedonia into North Macedonia, saying that it will mean abandonment of the centuries old name of the country.

The main task of those who deal with politics, and especially of the members of the Macedonian Parliament, is to protect the national interests. If a member of Parliament stops listening to the voice of the people, he is a renegade and and outcast. Now, in the Macedonian Parliament, we have 80 outcasts who are acting against the national interests. They are plundering the past and the future of their own people, only to add to the treasuries of the strong and powerful in this world, who abide by no law, save for the laws of vanity and avarice, bishop Agatangel said in his message to the Parliament.

He reminded Krsto Mukoski, Elizabeta Kanceska Milevska, Ljuben Arnaudov and the other members of Parliament expelled from VMRO-DPMNE on their past statements and promises, and told them to see their current fall. As for the SDSM party, Agatangel asked them what kind of a “leftist party are they when they are trading away the ASNOM World War Two assembly, when the Macedonian national state was declared.

Did you forget about the countless victims of the first half of the 20th century, whose ideals you are trampling over now? These deracinated, dishonest representatives see their public service only as a means to achieve naked profits and only deserve our contempt, said the bishop, who cursed all who perform injustice and violence over the weak and unprotected, quoting the Gligor Prlicev poem 1762, about the loss of the independence of the see of Ohrid to the Greek church. The curse, uttered by bishop Arseniy in the poem, asks the Lord that the homes of those who helped the Greek church dethrone the Macedonian church be left empty and barren.

Agatangel: Last year we were in lockdown during Easter, while during the holidays of other religions everything was free