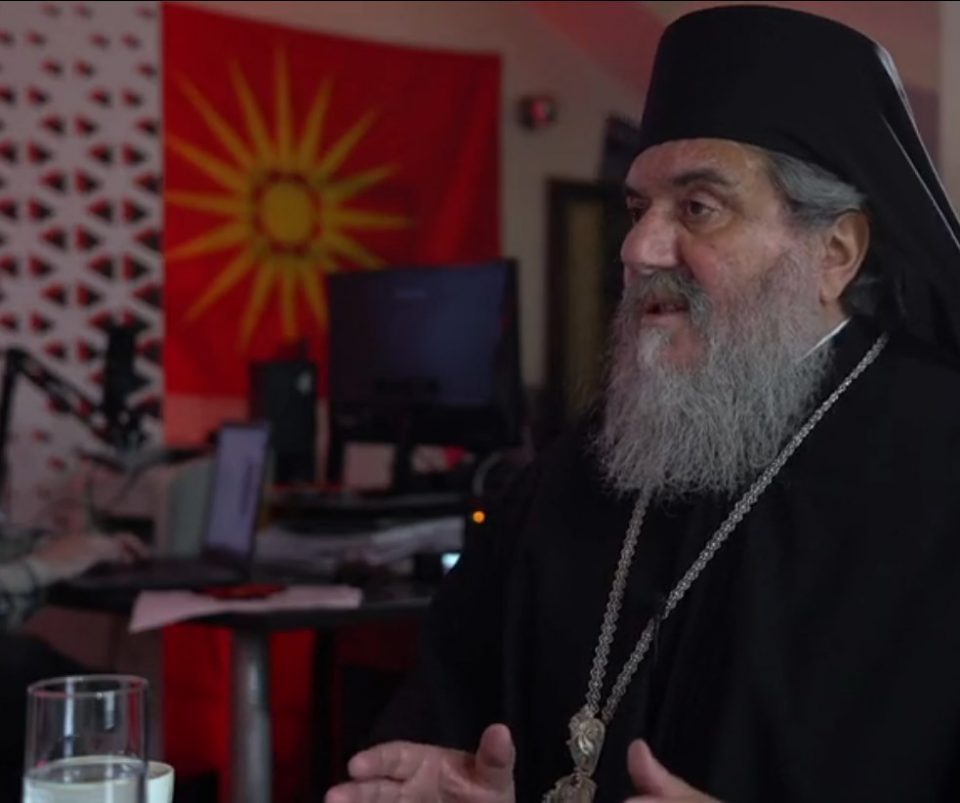 In a TV interview, Bishop Agatangel of Veles, who is a strong critic of the attempts to negotiate away Macedonia’s name and Macedonian national identity, criticized the populist Levica party which is trying to blend far left policies with nationalism.
After being part of Zoran Zaev’s 2015 Colored Revolution, which brought down the Nikola Gruevski led Government and paved way for the imposed name and identity change, Levica changed its course and now competes from both the far left on economic issues and the far right on the identity issue, while issuing threats of shooting its political opponents which it later dismisses as jokes.

Their first attacks were against the church. With all due respect to Levica but they are not a national party. They are youths who are bothered by the church and by the sound of the bells. That is not good, they are not aware that the church is the pillar of the state and that the state can’t survive without the church. Even during Communism we had greater patriots, people who were taught theology and whose parents were religious people, Agatangel said.

Levica won two seats in Parliament in the 2020 elections and have toyed with the idea of working with VMRO-DPMNE against the Zaev regime. But lately, they have stepped up their attacks on VMRO from the right, trying to portray themselves as greater critics of Zaev and SDSM on the identity issues, and soaking up some of the public anger over the on-going national humiliation Macedonians are experiencing. After several failed attempts to convene a meeting and organize a joint front, VMRO leader Hristijan Mickoski accused Levica of posturing and of trying to split the right wing vote, in order to actually benefit, not hurt Zaev.

Levica: The Government is destroying the best arable land in Ovce Pole to build a solar park