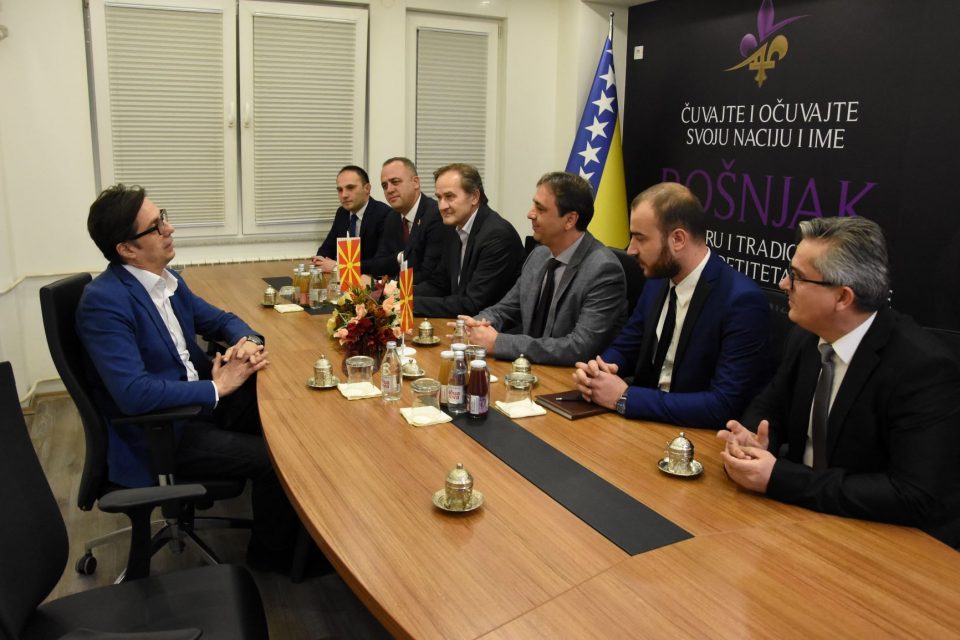 An ironic moment occurred during the meeting SDSM – DUI presidential candidate Stevo Pendarovski had with SDSM coalition partners from the Bosniak community. The Bosniak representatives announced they will support Pendarovski for President, but welcomed them with a banner which represents their logo – “save and preserve your nation and your name – Bosniak”.

In the elections, Pendarovski is the candidate who supports the Prespa treaty, which renames Macedonia into North Macedonia and allows Greece and Bulgaria to rewrite Macedonian history books and deny the existence of the Macedonian nation with a history equally old as that of the Greeks, and separate from the Bulgarian nation.

A recent series of Government orders aimed at public institutions require them to replace the adjective Macedonian from their names, most often with “national”. This creates a situation where ethnic minorities in Macedonia, like the Bosniaks, Albanians or Turks, can have publicly funded institutions that promote their culture and are named, for example, the “Albanian theater”, but no institution can be named “Macedonian”.