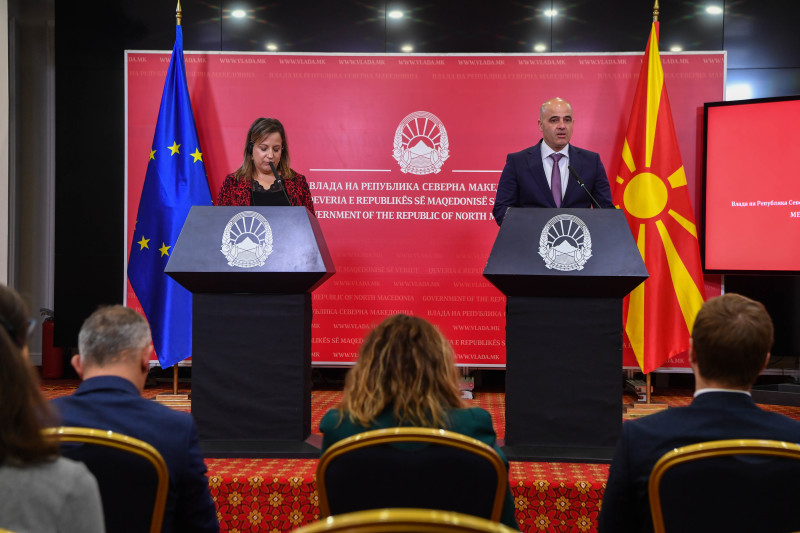 Spanish socialist member of the European Parliament Iratxe Garcia Perez warned Macedonia that there can be no guarantees from the European Union that Bulgaria will lift its veto permanently if Macedonia accepts the current Bulgarian demands – mainly to amend its Constitution and include the Bulgarians as one of the constituent nations.

Garcia had a press conference with Prime Minister Dimitar Kovacevski during which they discussed the divisive process, in which Kovacevski doesn’t have the votes in Parliament to meet Bulgaria’s demands, while the opposition VMRO-DPMNE party wants guarantees from Sofia or Brussels that this will be the last nationalist request.

Garcia said that the socialist group in the European Parliament will work to consolidate Macedonia’s accession talks, but that she can give no guarantee.

Kovacevski jumped on the issue by attacking the populist Levica party, which is outspoken in its opposition to the demands. He accused it of being an anti-European, anti-NATO party and said that it “holds VMRO-DPMNE as its hostage”. The demands are deeply unpopular among ethnic Macedonians, but Kovacevski and his SDSM party are trying to paint all opposition to the continued concessions Macedonia is asked to make as nationalist and pro-Russian.