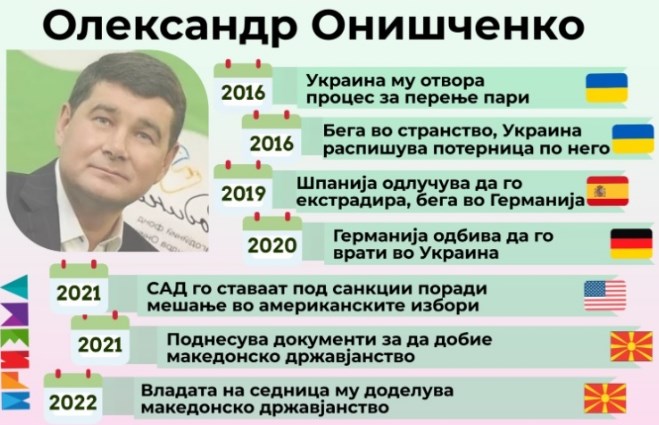 And while the authorities remain silent, in an interview with Macedonian media, an explanation was given by the Macedonian representative in show jumping from Dubai, where he is currently on vacation.

In a phone call with “Sloboden Pecat”, Oleksandr Onishchenko says that he waited two years for Macedonian citizenship and obtained it legally. He came to Macedonia at the invitation of his fellow rider Luka Zalonzik, who asked him to be a sponsor and member of the Macedonian national team.

Before obtaining documents from the country, he claims to have also received German documents, where he currently resides, and he also has his own company in the country.

First, I want to say that before Macedonia, Germany gave me all the documents and I live in Germany. In Macedonia, I was registered in the house of a basketball player and I know him very well. And I waited for my citizenship for two years. I spent a lot of time in Skopje and conducted the entire procedure legally.

I have never been blacklisted by the US. I had US citizenship until 2010. But they put me on that list in 2021 because my friend is Trump and I talked about Biden’s son. There is not a single court case against me in the world. Not even in Ukraine. I won in all the courts. People and the press are just talking. There is no evidence. The Equestrian Federation asked me two years ago to be a representative. I qualified for Ukraine four times for the Olympic Games and gave a lot of my experience.

Onishchenko claims in the interview that he also has his own company in Macedonia, and plans new investments in the country in the coming period.