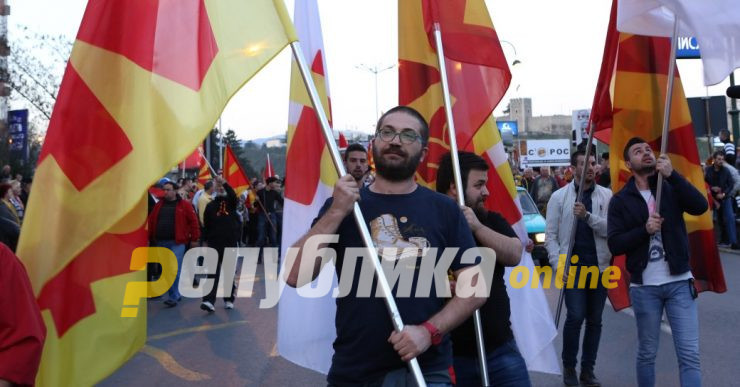 Opera singer and protest leader Igor Durlovski, who rejected an amnesty offer from Zoran Zaev for the charges of “terrorism”, responded to the ramming through of the amendments to rename Macedonia by calling for unity in order to promote the idea of Macedonia.

After this agony, death will separate the body and the spirit of our country. The body will decay, and the spirit will become light. All of us who live with faith and hope, we will unite stronger for the IDEA OF MACEDONIA!, Durlovski wrote.

Durlovski led months of protests against the push to bring Zaev to the Prime Minister’s office, and after the April 2017 incident in the Parliament he was charged with “terrorism”. Unlike many of the protest organizers, he rejected the offer of amnesty and insisted to prove his innocence in court.

Mickoski: We are dealing with a second coronavirus wave and a Commission on Infectious Diseases that acts under political dictates