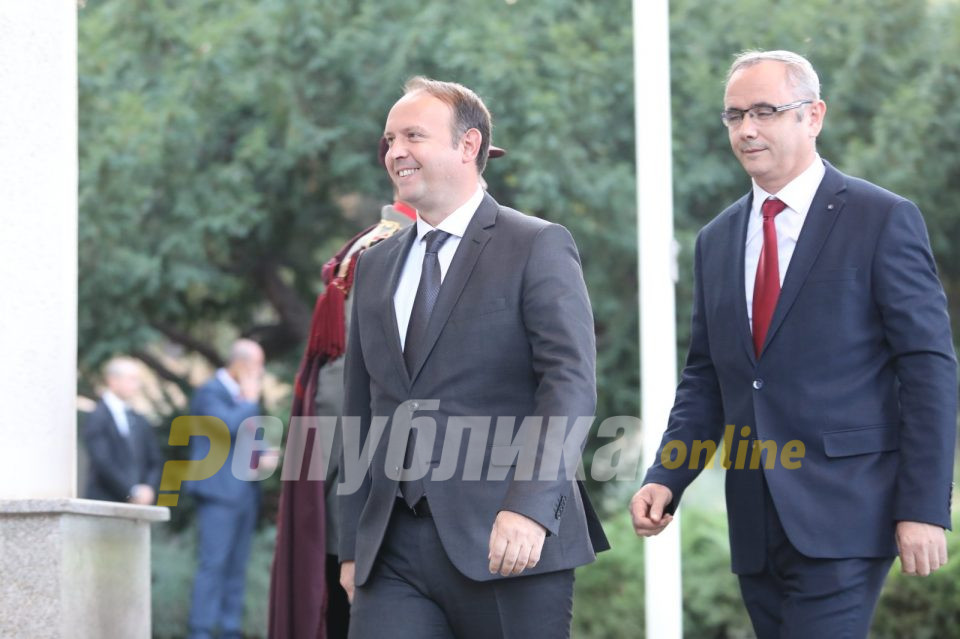 In an interview with Serbian “Politika”, Alternative leader, Afrim Gashi, pointed out the principles that will play a decisive role in deciding whether to become part of the government, which will be decided today.

Here is part of this interview:

You have become a decisive factor in resolving the political crisis in Macedonia. How did this happen and how does it affect your party’s priorities?

I would not say that Alternative has now become a political factor in the Republic of Macedonia. Together with our four MPs, since the formation of this parliamentary majority, we have been an important actor on the political scene. Of course, our role became more significant with the recent events, when the numbers did not allow a new majority, nor the normal functioning of the Parliament, nor new parliamentary elections. Honestly, I am not satisfied with this position, because we were and still are committed to the activities of the opposition, with a clear attitude towards this parliamentary majority and this government. This is evidenced by our commitment to launch a no-confidence motion against the Government. However, the lack of one MP vote plunged the country into a deep political crisis, with the possibility of starting EU membership talks looming.

You are negotiating with the SDSM party to be part of the government. Since your biggest opponent is the Albanian party DUI, will it affect the final decision on the further path of Alternative?

We showed no interest in joining the government. But, because we are in a position in which the near future of the country depends on us, we agreed to talk to Zoran Zaev, the resigned Prime Minister, to hear his concept for a new government, to talk about how Alternative can help. We will certainly be guided by the expectations of our voters, the interests of the Albanians in Macedonia, as well as the state interests that are closely related to our party and national goals. If in the negotiations we see that Mr. Zaev really has a sincere desire to save the country from this spasm, we will try to help him. We are deeply interested in continuing the country’s Euro-Atlantic course, in opening EU membership negotiations, in resolving the dispute with Bulgaria, and in political and economic stability. If SDSM and DUI want only four parliamentary votes, and do not want our program commitments to be included in the government program and if they are not ready to establish a balance between the political actors in power, we have no special interest in entering that government. Therefore, I cannot foresee the outcome. I would note that we are negotiating with the current Prime Minister and the future Prime Minister, and not with the other parties involved in that government.

On the other hand, are you talking to the VMRO-DPMNE party, which is demanding early parliamentary elections?

Our communication with VMRO-DPMNE is at the level of opposition parties. We had an agreement for mutual support in the local elections and our communication continues. We will have cooperation with VMRO-DPMNE in several municipalities, including Skopje. We were interested in overthrowing this government, which, unfortunately, did not happen, for reasons already known.

Did they give up on them too?: Radev welcomed Kovacevski, Osmani and Grubi with photos of the Miladinov Brothers