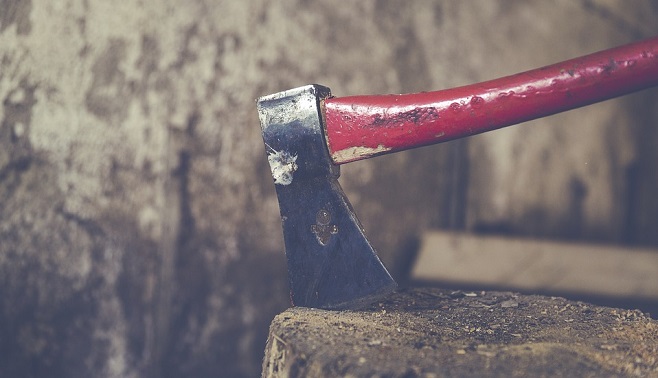 An ax wielding attacker went after a TV crew in the school in the village of Gurgeviste near Gostivar today.

The incident happened in the early afternoon when journalists Nevri Ademi and Zbulim Maksuti were reporting in the village. A man they identified as Burham Hamiti first insulted them and then attacked them. Hamiti threw Maksuti down stairs and then chased the crew with an ax.

We ran to our car and drove to the police station to report the attack. Hamiti followed us all the way down, Ademi said.
The ZNM association of journalists called on the police to immediately investigate the incident and prosecute the attacker.

Gostivar man who attacked journalists with an ax briefly detained, will be charged