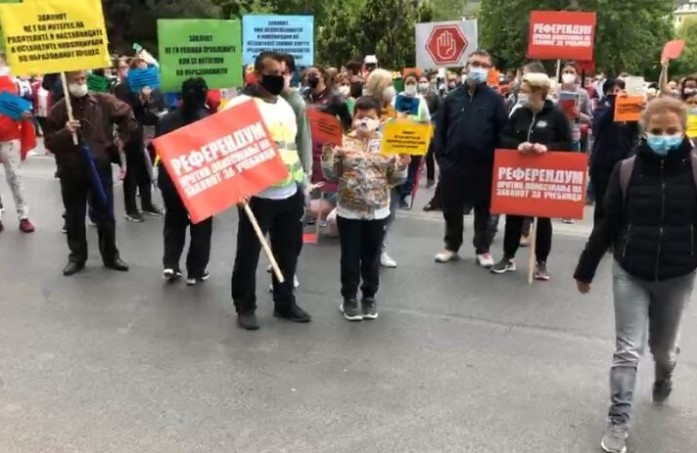 High school students and their parents began protests in downtown Skopje and in dozens of other towns and cities across Macedonia. They demand that Education Minister Mila Carovska drops her plans to remove printed textbooks from the education process, and to ensure in-person teaching from next year.

Carovska’s refusal to meet with the protesters and her arrogant behavior when parents would confront her on the issue aggravated the situation. Many parents are also worried that this move is another attempt by the ruling SDSM party to rewrite Macedonian history books in accordance with demands from Bulgaria and Greece – a move that Carovska already tried to sneak through under a different “reform”. 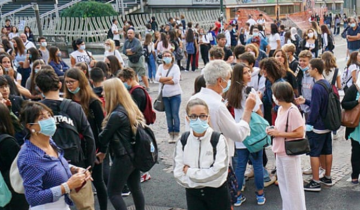 VMRO-DPMNE spokesperson Marija Miteva called on Carovska to listen to the demands of the protesters.

We can’t talk about digital education while we still have schools with unpaid heating bills, unpaid bills for bus transit, and lack of basic infrastructure. While other countries are trying to reduce the time their children spend with digital devices, our Minister believes that she alone has all the answers, Miteva said.