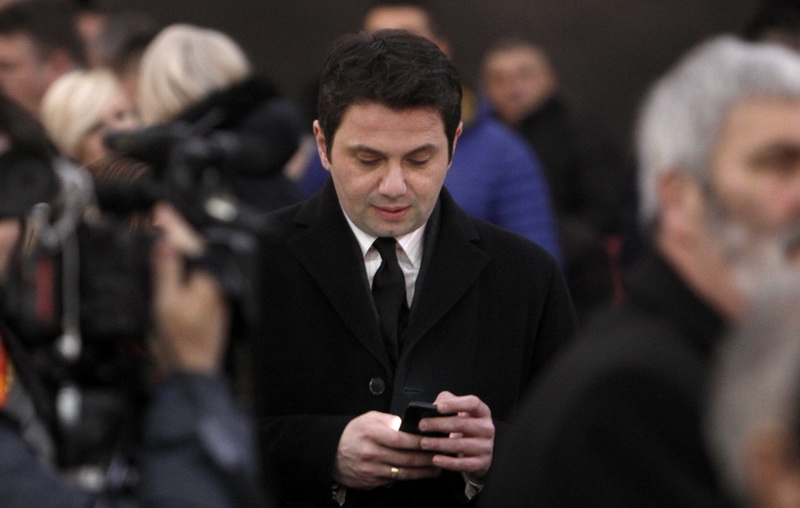 Political prisoner Mile Janakieski was hospitalized again on Friday, due to the injuries he sustained yesterday when he and another former minister Spiro Ristovski were attacked in the Shutka prison by members of the Albanian terrorist group which attacked the city of Kumanovo in 2015.

Janakieski had pain in the head and the chest. The 8th of September hospital, where he was treated on Thursday, insists that no bones are broken as was initially reported, but the family and friends doubt the finds.

Janakieski was Transportation Minister, while Ristovski was Labour and Welfare Minister in the VMRO-DPMNE led Government which was brought down by the SDSM party led Colored Revolution in order to better pressure Macedonia to change its name. The two were charged along with former Prime Minister Nikola Gruevski of being involved in the April 2017 incident in the Parliament – a broad criminal case which the SDSM led Government has also used to pressure VMRO-DPMNE members of Parliament to vote for the name change.

Despite following court orders and appearing  before the court without fault, Janakieski was revenge detained in November, when Gruevski left the country to seek political asylum in Hungary, citing political persecution and plans to have him killed in prison by any number of violent criminals which his Government has put away, including the Kumanovo terrorist group. Janakieski also entered a hunger strike today, and demands that he is released in house arrest, claiming that he is unable to influence witnesses in a court case which has already been going on for over a year and is in its final stages, with all potential witnesses being questioned already.

Its hospital already stretched to the limit, the city of Stip prepares for a flood of new patients