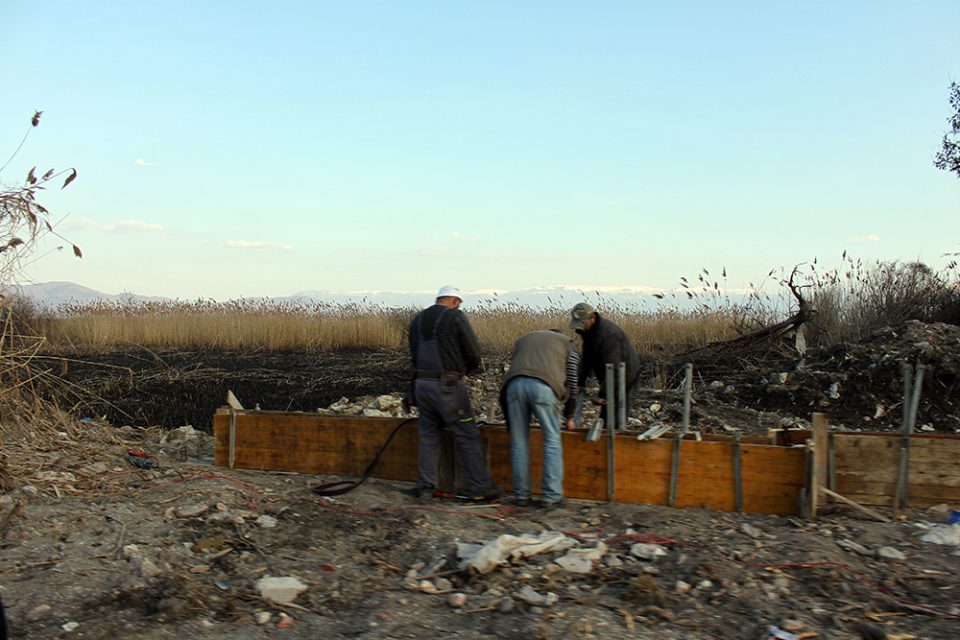 Environmentalists in Struga are claiming that a fire in the reeds along lake Ohrid was started in order to prepare a plot for development.

Construction workers were seen today at the site of the fire between Struga and Kaliste, the Ohrid SOS environmentalist group reported today, claiming that the fire was started by developers. A low concrete wall was already placed at the site. 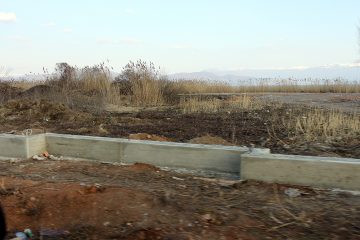 Developers are abusing the situation after it was announced that management of lakeside beaches will be taken from the municipal authorities and given to the central Government. This is why there is a scramble to build as much as possible wherever possible. The sight is dreadful. Macedonian authorities are concealing the extent of the damage from UNESCO, Ohrid SOS claims.

The Struga VMRO-DPMNE branch also issued a press release, accusing the municipal Government of allowing this type of behavior on the part of the developers who are destroying lake Ohrid’s natural beauty to build tourist sites.

Fire near Galicnik put under control, locals had to tow the broken down fire engine into position