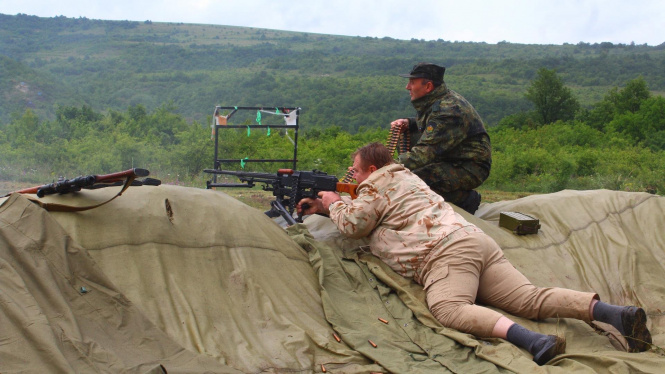 Odds that Macedonia will get Bulgaria to open EU accession talks seem to melt away with the outcome of the elections held yesterday. One major obstacle – the nationalist antics of Defense Minister Krasimir Karakacanov – may be removed as his party is likely to fail to meet the threshold for entering the Parliament. But Bulgaria is in for a period of political instability caused by the lack of workable majority in the Parliament, and the actual winner of the elections – Slavi Trifonov – could prove just as obstinate as Karakacanov.

Karakacanov acknowledged that he will not win seats in the next Parliament. But he insisted that “even out of the Parliament, we will strongly fight for your interests – your incomes, families, safety and I will continue to strongly defend the Bulgarian interest for Macedonia – where there will be no compromise at any price!”.

Before the elections, Zoran Zaev insisted that he has an agreement with Bulgarian Prime Minister Boyko Borisov to begin working on resolving their dispute as early as the day after the elections. But at the moment it’s unclear that Borisov will be in position to form the next Government – even though his GERB party won the elections, it lost about a third of its seats in Parliament to Trifonov and other protest parties and faces uncertain coalition talks.

Foreign Minister Bujar Osmani also spoke about a race to find a deal before the summer meeting of the European Council. It’s unclear who his running partner would be.

Borisov’s initial response was to give a press conference in his residence where he offered that a grand coalition of all political parties supports a Government made of experts – not political appointees.