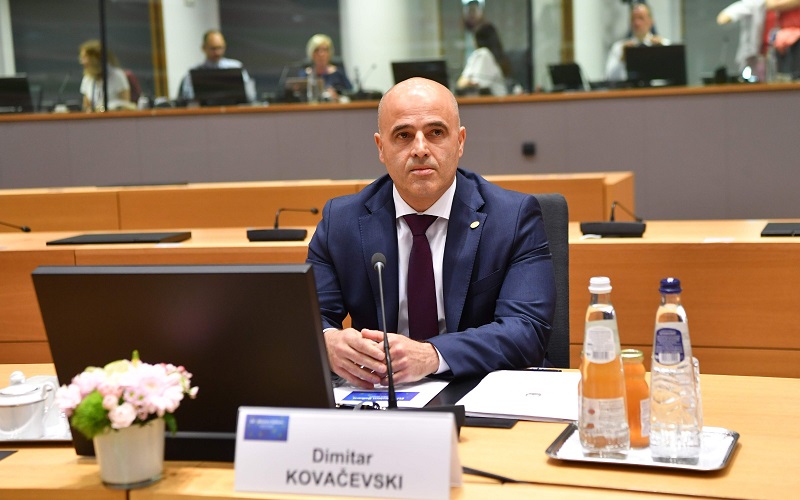 Prime Minister Dimitar Kovacevski today at a joint press conference said that in this form, the French proposal is not acceptable for Macedonia.

The proposal in this form, as it is at the moment, is unacceptable for me, for the president, for the government, for the coalition partners and for the citizens of Macedonia, Kovacevski said.

Macedonia has been a candidate for 17 years. We are here today, and negotiations have not started yet. This is a serious problem and a serious blow to the EU. We and Albania and the region must not stand still because of a member state that fails to coordinate and ensure the unblocking of our European path. Bilateral issues must not become a multilateral issue. As a country committed to a common solution, we entered into negotiations with Bulgaria to find a solution with European values. We have been devoting time to the future for months. Bulgaria has decided to go back to the past and re-impose a blockade that does not benefit anyone. It is time for the EU to deliver on its promises. As far as the French proposal is concerned, this proposal is unacceptable to us.