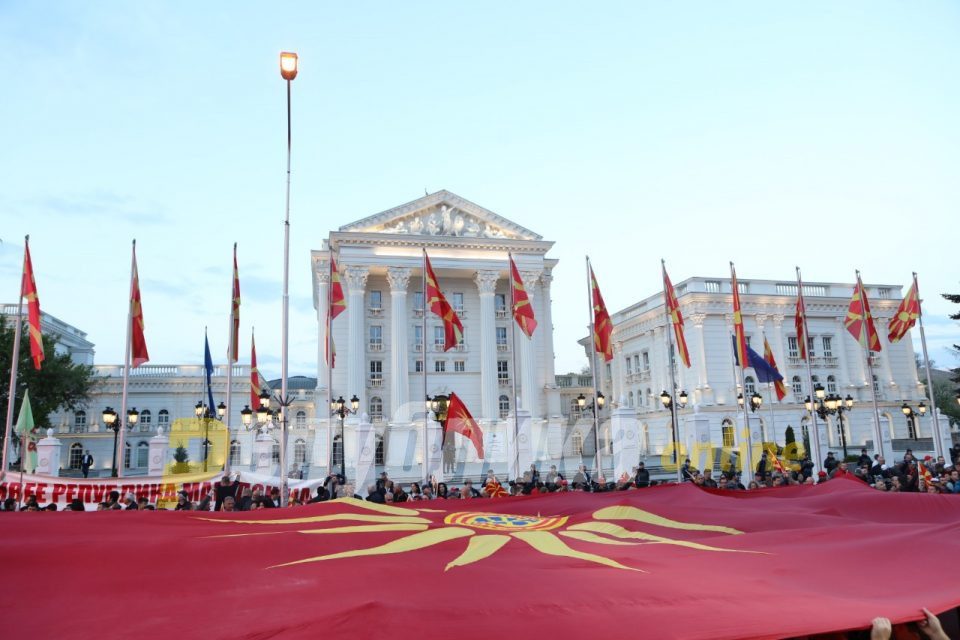 After exactly one month, the Kutlesh star, the symbol of the first flag of independent Macedonia, will no longer be seen in public use, because it will be removed from public places, and all the monuments that point to ancient Hellenic history and civilization will be appropriately marked, in accordance with the Prespa Agreement.

The constitutional changes to change the state name were voted on January 11, entered into force on February 12, and the deadline for renaming the monuments and removing the Kutlesh star expires on August 12.

BESA party leader Bilal Kasami joined the calls for a program of subsidies to private companies that will hire ethnic Albanians, and added the demand to make private companies bilingual. The idea also has the backing of the DUI coalition partner under the guise of “diversity in the workplace”....
Macedonia 22.09.20 | 10:25

Although they now deny: In 1948 students in Bulgaria studied the subject “Macedonian language”