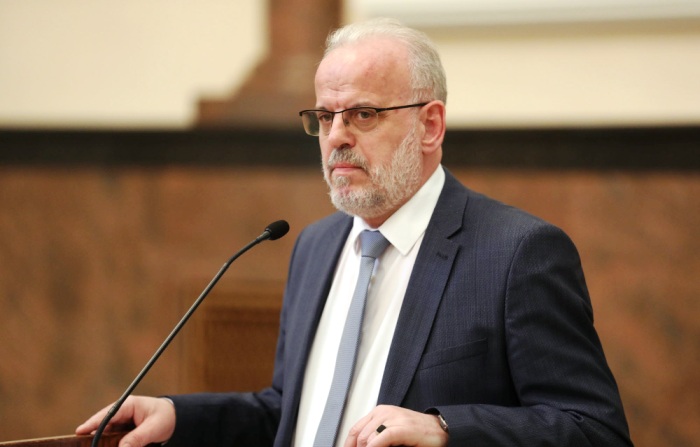 Parliament Speaker Talat Xhaferi congratulated Monday the Albanian Alphabet Day – November 22, which, as he says, is an extremely important holiday for the Albanian community.

The Albanian Alphabet Day is a holiday that celebrates the unified alphabet, language and literacy as catalysts for the intellectual, cultural, educational and of course political rise of Albanians, but also a holiday that has a significant share in the highest civilizational values of humanity, said Xhaferi.

The language, Xhaferi states, is as rich and valuable as it is spoken, written, translated and spread around the world with the due attention and individual and collective responsibility of each individual.

It is a powerful tool that unites people, unites ideas and enables cooperation and of course progress and intellectual, cultural and artistic development of a nation, but above all it is an identity sign of a nation and Macedonia is a country where all differences are nurtured and respected. By nurturing the linguistic and cultural differences, together we contribute to the preservation of the common lasting values ​​and at the same time we invest in a better future of our young generations, said Xhaferi.

Xhaferi in Ukraine: I am disturbed by the number of graves, Macedonia to provide all possible support

Xhaferi: Consensus is needed to change the electoral system