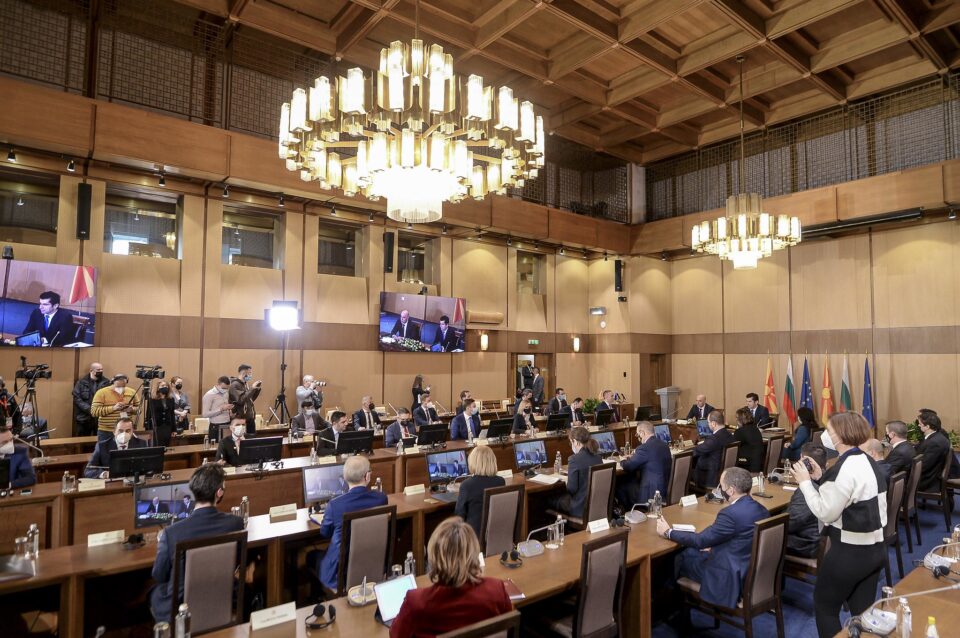 Macedonian and Bulgarian representatives signed a memorandum in Sofia today to work on improving the state of Corridor 8, the infrastructure link that should connect both countries, but remains in dismal state for decades.

Transportation Minister Blagoj Bocvarski and Nikolaj Sabev agreed to work on finally building a railway link between the two countries, and on finding a low cost air company that would introduce a line between Skopje and Sofia.

Bocvarski said that Macedonia is working on another badly needed part of the Corridor – the road link, which is exceptionally bad – reduced to a narrow road that follows the appropriately named Kriva Reka (curvy river). Bocvarski insisted that the expressway that will replace the worst, eastern half of the Kumanovo – Kriva Palanka road with a broader road, will be finished by mid 2023, as will the expansion on the road linking Kriva Palanka to the border crossing of Deve Bair.

The railroad has been declared a pressing necessity since the early 1990ies, when Macedonia faced a crippling trade embargo from Greece and an international embargo on Serbia, but little work has been done ever since.