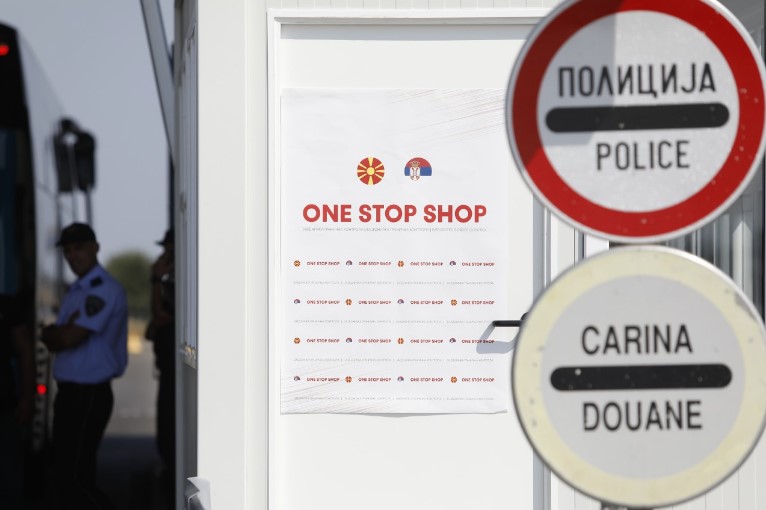 A border office, established by the authorities of Macedonia and Serbia on the Tabanovce-Preshevo border crossing under the One-Stop-Shop project was inaugurated on Monday.

The Prime Ministers of the two countries, Zoran Zaev and Ana Brnabic, said at the ceremony at the cross-border area that the two countries are speeding up the flow of passengers and goods with this project, the waiting time is reduced twice, and opportunity opens for better cooperation of the business community and the region’s integration.

We are fulfilling a further obligation of the project for integration of North Macedonia and Serbia at the regional and European level – the joint border crossing Tabanovce – Presevo which provides for joint management of one-stop border and customs controls. This project significantly contributes to the development of regional economic cooperation in the Western Balkans defined at the July 2017 Trieste Summit, and what is particularly significant is another crown of friendship and good neighborly relations between the two countries, said Prime Minister Zaev.

He emphasized that after the completion of the road infrastructure on both sides of the highway, the construction and expansion of the customs terminal at this border crossing is the last phase of the creation of conditions for greater exchange of goods and easier movement of citizens.

According to Brnabic, the two countries are the first to establish joint border management in this part of Europe. The new one-stop-shop joint border crossing between Serbia and Macedonia, as Brnabic emphasized, will allow faster flow of freight vehicles and is a signal that should encourage regional trade and trade exchange.

About 200,000 trucks passed through the Tabanovce border crossing last year, which is a quarter of the total freight traffic. It is expected, as Zaev said, to increase by 30 percent and reach 260,000 this year.

Brnabic: I am afraid of escalation in Kosovo, I am disappointed by the international community