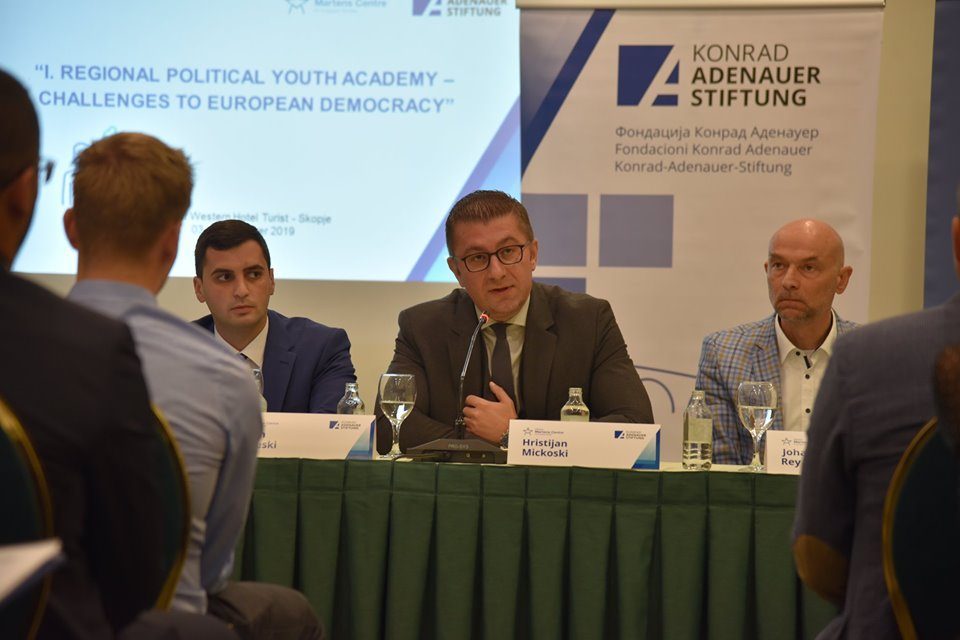 Speaking at a regional youth conference put together by the Konrad Adenauer Stiftung and the Wilfried Martens center, VMRO-DPMNE leader Hristijan Mickoski painted a dire picture of the situation in Macedonia.

Over the past three years our country was led by a social-democratic Government, which was involved in many cases of widespread mass corruption, abuse of the rule of law, introduced tax hikes, is incompetent in advancing infrastructure development, and made no tangible reforms. They keep saying they are transparent. I agree. We’ve never had such a transparently corrupt Government. They don’t deny their corruption, they hope that they will get a fresh mandate so they can continue practicing it, Mickoski said. 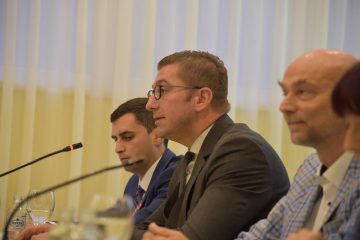 The opposition leader added that the left is abusing all principles and values in its practicing of the political fight, which, he said, is a major challenge for the family of the EPP parties.

Mickoski said that the primary goals for VMRO-DPMNE will be to stop the emigration of the youth from Macedonia, to reduce the extreme level of air pollution, reduce taxes and promote entrepreneurship.