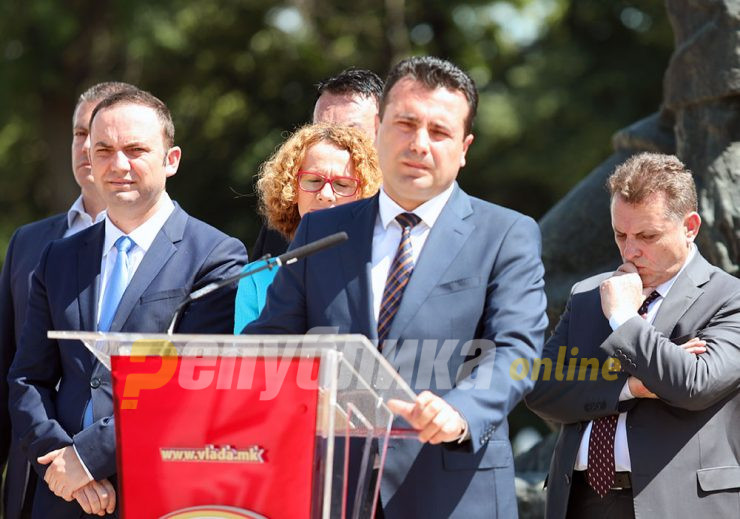 VMRO-DPMNE President Hristijan Mickoski said that he doesn’t believe Zoran Zaev will allow early general elections, or even purge his Government, as he said he’ll do after the poor results of the first round of the presidential elections and especially after the loss of the promised June accession date.

Remember last year, remember the celebratory selfie in the plane when Zaev promised that accession talks begin this June. I went to Berlin and it was clear that our country won’t be allowed to open accession talks this summer. I personally, and the VMRO-DPMNE delegation, begged that the people is not punished for the incompetence of this corrupt Government. The defeat of Zoran Zaev’s policies led us to this situation and instead we now get this warmed up soup of expectations, it won’t happen this summer, but in September, or October. Again they’re wrong. They are using PR tactics to persuade the people which don’t trust Zaev any more, Mickoski said in an interview with Alfa TV.

Mickoski repeated his offer to Zaev to employ the capacity of VMRO-DPMNE in order to overcome the obstacles ahead of Macedonia which bar its way toward opening accession talks. Zaev’s initial response to the offer was dismissive.